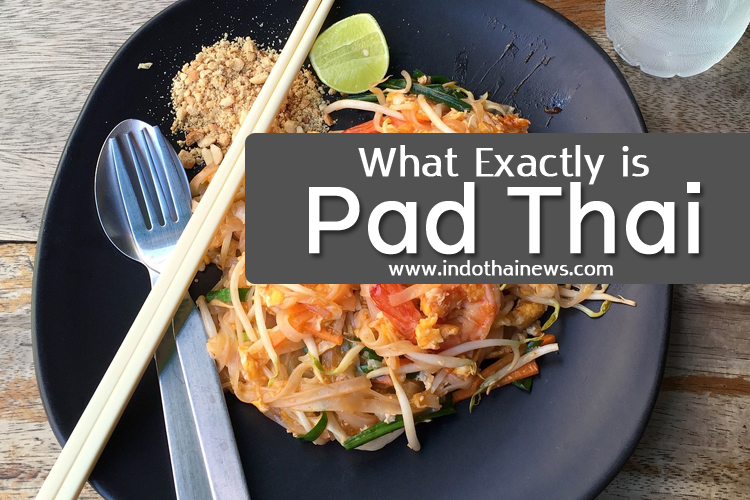 What is Pad Thai? What Makes it So Popular? Where to Try Pad Thai in Thailand?

If you have ever been to Thailand or fond of going to a Thai restaurant or try the Thailand’s cultural cuisines, you would have definitely heard about or tried Pad Thai – the most popular Thai street food.

For you and for all other unversed about this dish, Pad Thai is Thailand’s national dish, a typical Thai street food, which is in the form of stir-fried noodle dish.

What Exactly is Pad Thai?

Pad Thai, basically is a stir-fried noodle dish that is made with egg, chopped tofu, and consists of ingredients like tamarind pulp, fish sauce, shallots, garlic, dried shrimp, palm sugar and red chilli pepper.  A variety of textures and umami flavours make this into a delicious meal which is often served with chopped roasted peanuts and lime wedges, resulting in a flavourful and tasty meal that is loved by everyone.

Pad Thai is a part of popular, globally present stir-fried noodles. Phibunsongkhram, also known as Phibun, who became Thai PM in 1938 is belied to have propagated the creation of a new national dish of Thailand, which ultimately resulted in Pad Thai. It is also believed that the rice shortage after World War II prompted the Thai government to encourage use of noodles which paved the way for making Pad Thai so much popular as it is now.

While Pad Thai was created in its simplest form, it was not long before different ingredients and textures were added to create varieties of Pad Thai dish. However, there are still many vendors around Thailand where you can find Pad Thai in its original recipe.

What is So Special About Pad Thai?

When I was on a trip to Thailand, as an avid foodie I wanted to experience everything indigenous what Thai culture had to offer me. This is when I heard about a popular saying from famous chef and Thailand native Nick Srisawat, “we try Pad Thai first, because that is a way to judge how good a restaurant is.” And as it turned out, I fell in love with Pad Thai from the very first beginning. I tried varieties of Pad Thai across different regions including the original recipe and one made with Chanburi rice noodles and crushed peanut, bean curd and egg. But the original and traditional one was what I loved the most, and I recommend it to everyone visiting Thailand.

Pad Thai is a special and staple street food in Thailand and is sold in city streets as well as in villages. It’s an easy-to-make dish and is usually found in 5 different flavours – salty, sweet, bitter, sour and spicy.

An interesting fact about Pad Thai is that although it is national dish in Thailand, this is inspired from Chinese stir-fried noodle food culture.

And for all those, wondering what is ‘Pad’ in Pad Thai; it actually means ‘fried’.

Some of the Popular Pad Thai Restaurants in Thailand

So, whenever you are in Thailand, these places are a must visit for you to try some lip-smacking, delicious Thai national dish.

We also have packing tips for you if you’re planning to visit the wonderful country of Thailand.

SAWANG SAWAI SIWILAI – A gathering of Art & Culture by SIWILAI