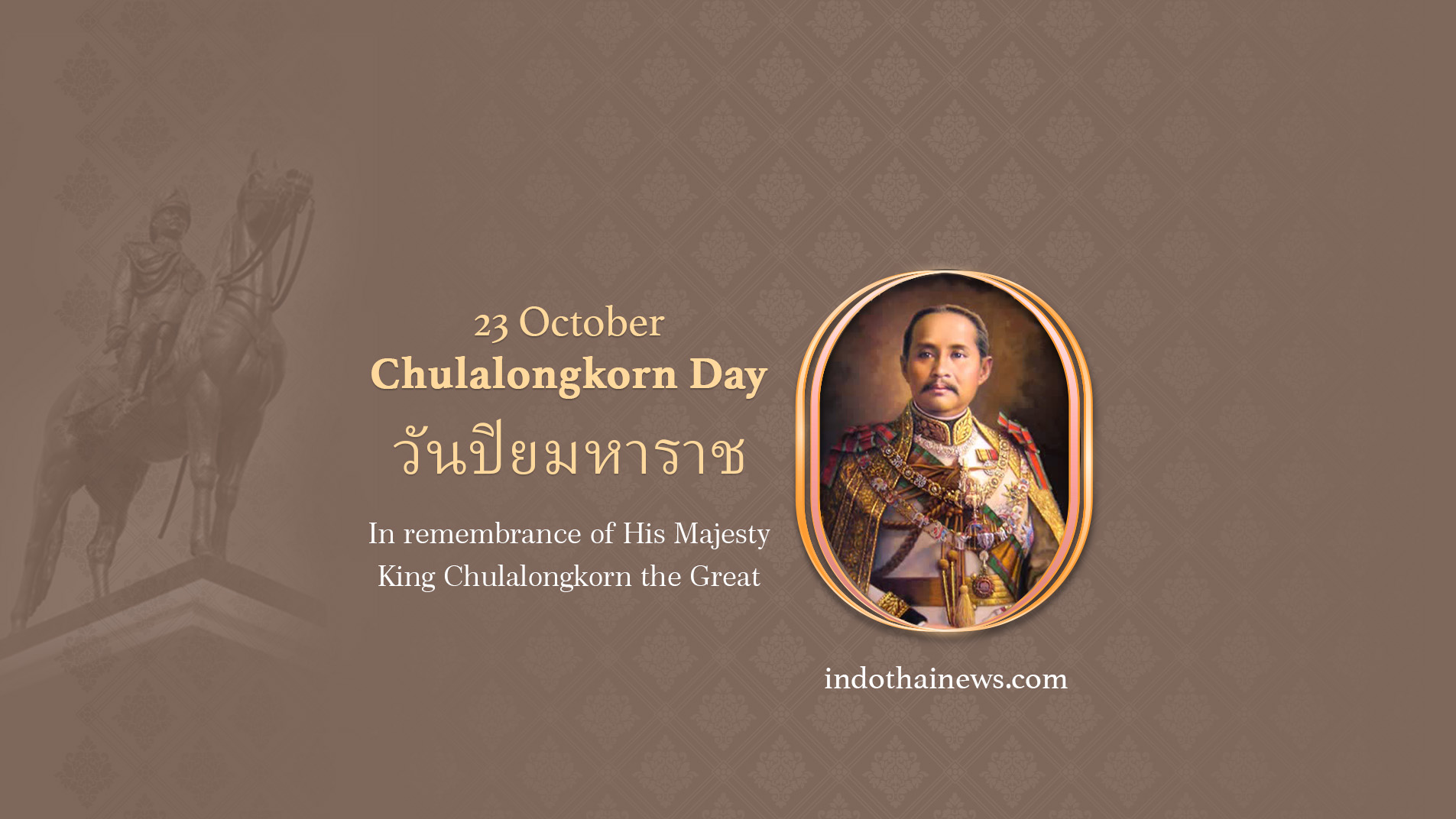 Indo Thai News wishes all a Happy Chulalongkorn Day or “Piyamaharaj Day” which is celebrated on 23rd October every year. It is the day our King Chulalongkorn, or King Rama V, a much-loved and respected figure in Thailand, left for his heavenly abode. He ruled the country of Siam, now Thailand, for 42 years (1853 – 1910). He became king at the age of 15. Hence, a regent helped him rule during the early years of his reign.

Thailand owes much of its greatness to King Chulalongkorn the Great — one of our most important kings.

Famed for his ardent Thai nationalism and for his skill in fending off the threat of European colonialism, he managed to prevent Thailand from being colonised by extending friendship and traveling extensively to western countries including America, Great Britain, France and Russia.

Thanks to King Chulalongkorn’s tireless efforts, Thailand remains as the only country in Southeast Asia to have never been colonised.

Besides fending off European colonizers, he abolish slavery. He also did many other reforms in order to modernize the country including replacing the traditional lunar calendar with the Western calendar.

Siam was a Buddhist country. He made it clear that other religions would have the freedom to practise without fear of persecution.

He greatly improved communications in the country by introducing the postal services, the telegraph and the construction of Thailand’s first railway (from Bangkok to Ayutthaya).

Statues of King Chulalongkorn around Thailand will see ceremonies to honour his memory. Most businesses function as usual but Government organisations are closed on this day.