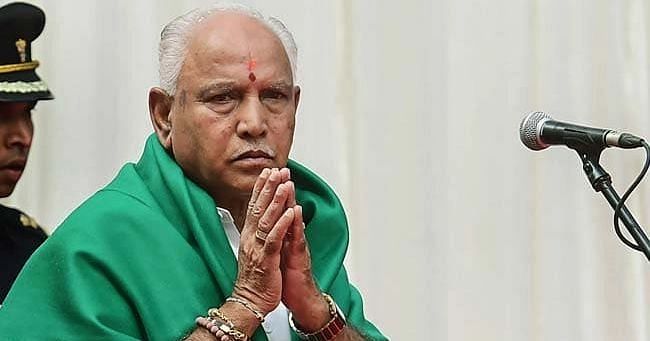 Karnataka Chief Minister BS Yediyurappa may resign from his post on July 26. Yediyurappa has indicated his resignation. He said that Nadda, PM and HM have great respect and love for me. The policy in BJP is clear that there will be no post for anyone after they cross 75, for me they appreciated my work and they let me work till the age of 78-79 years. My intention is to strengthen the party in the state and bring the party back in the government. Two years will be completed on 26th, after that National President Nadda ji will follow what he says.

If sources are to be believed, Yediyurappa offered to resign before the Prime Minister on July 16, citing his ill health and old age. Although the party leadership had already told him that he would have to resign from his post, Yeddyurappa was told again on Friday. . However, before that, he has succeeded in becoming a minister in the center of his camp.

Prahlad Joshi
MP from Dharwad. There is a Minister of Parliamentary Affairs at the Center, has been the State President and after the 2019 Lok Sabha elections, got the reward of a big victory in Karnataka and made ministers at the Center, Brahmins are the face, there are non-Lingayat faces.

BL Santosh
The organization’s general secretary is the party. Brahmin face, skilled organizer, was the organization minister in Karnataka for a long time and a big leader of Karnataka.

Murgesh Nirani
Bilgi is a three-time MLA from the Legislative Assembly, Minister of Mines and Geology in the Government of Karnataka. Also got Make in India award in 2014.

Ashwat Narayan
Vokaliga Chehra is currently the Deputy Chief Minister. He is an MLA from Bangalore Malleswaram for four times. Biggest Vokaliga face in BJP after Sadananda Gowda.

DV Sadananda Gowda
Has been a minister at the centre, is an MP from Bangalore North. He was the Chief Minister in the state from 2011 to 2012, was the state president once and has been an MLA four times. Big Vokkaliga face in BJP

In the next few days, the party leadership will decide the name of the new Chief Minister, after that the new leader of the legislature party will be elected. At present, the sun of BS Yediyurappa, who bloomed the lotus for the first time in South India, is now on the slopes.