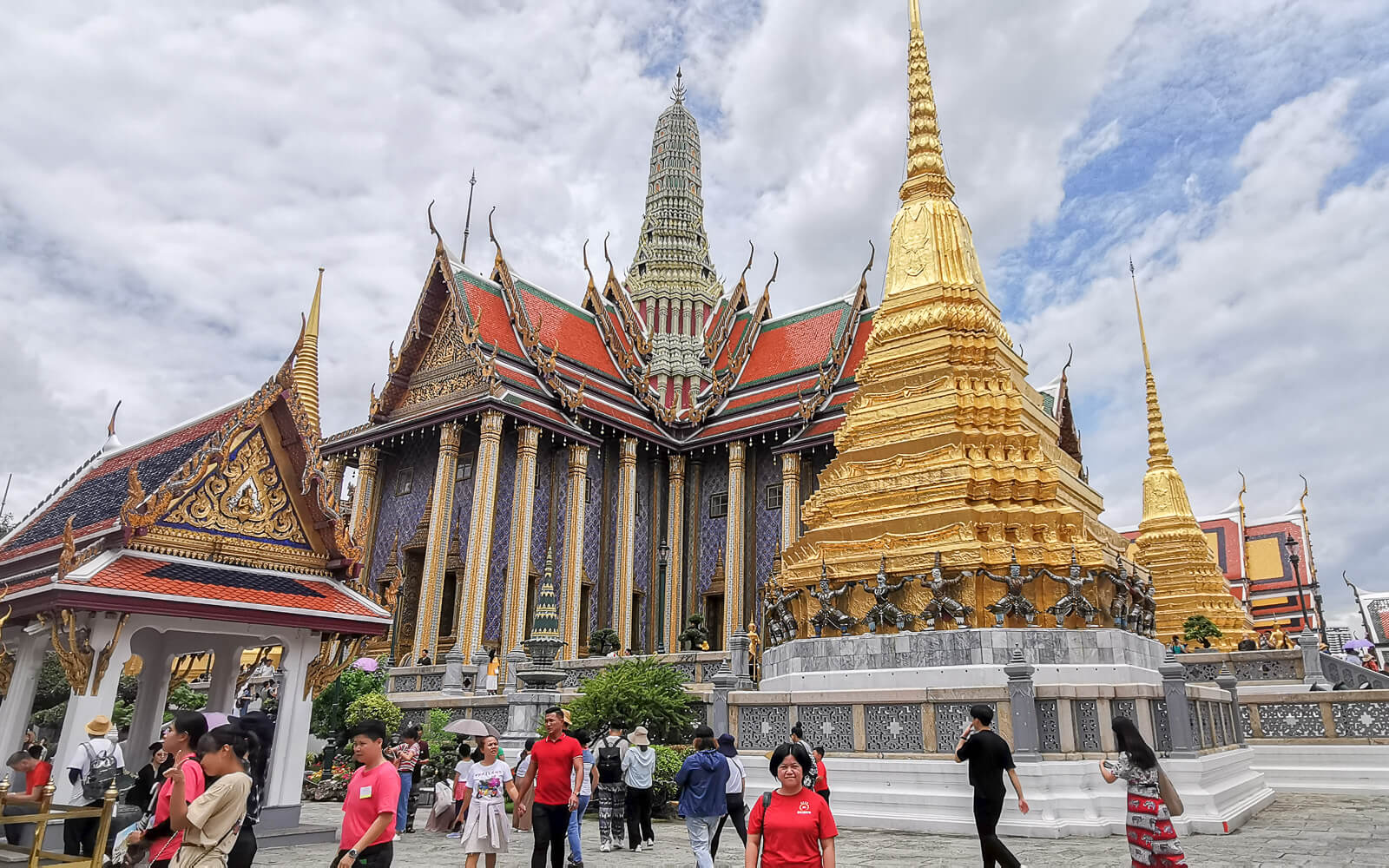 With huge walls chanting multiple stories and pillars holding giant structures, the Grand Palace shines bright and tall with a history of 200 years. This palace is nothing less than a work of art. Thailand’s Grand Palace acted as the country’s royal residence from the 1700s until the early 1900s. The extraordinary architecture of this palace, which has been put together by all the monarchs collectively over time, is what makes it special. This has caused it to incorporate a variety of architectural styles that were prevalent during various eras. It is even more amazing how these styles effortlessly blend into one another, bringing Thailand’s rich past together.

Additionally, the palace is not a huge construction but rather a collection of smaller buildings and constructions contained within its four walls. A few significant features of this haven are gardens, halls, courts, pavilions, temples, courtyards, and the royal residence.

The Outer Court, which is open to the public, a number of public buildings, the Siwalai Gardens section, and the well-known Temple of the Emerald Buddha are some of the significant features of the Grand Palace in Bangkok. This emerald statue of Lord Buddha, which dates to the 14th century, serves as the nation’s spiritual hub. According to legend, an emerald idol of Lord Buddha initially appeared in India, where a sage foretold that the idol’s residence would always be blessed and guarded. This is also one of the loveliest temples in Thailand.

There are other interesting facts about the palace!

DO NOT MISS THIS PLACE. YOU MUST KEEP THE GRAND PALACE IN YOUR SCHEDULE WHILE VISITING BANGKOK.

Stunning and Popular Temples to Visit in Thailand

Pattaya, Thailand’s Tourism Capital, Woke To Rivers Instead Of Roads On Monday