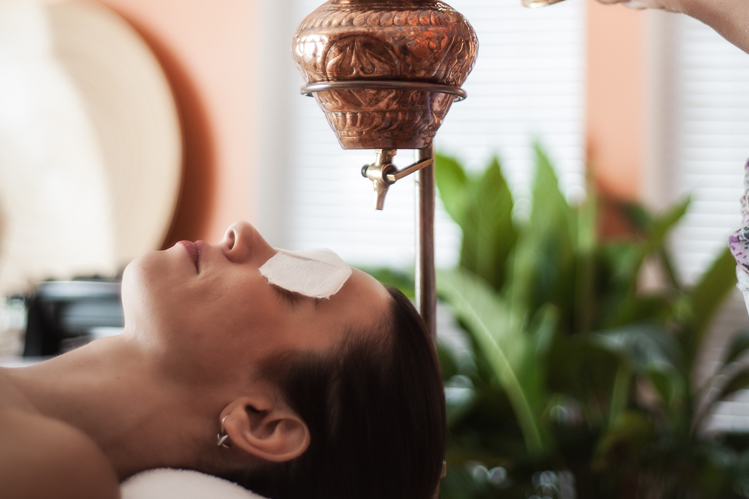 Ancient Indian Ayurveda, is a holistic system of natural medicine that was first described around 3,500 BC in the Veda.  It promotes living an existence that is balanced and in harmony with all aspects of life – physical, emotional, mental, and spiritual.

The proximity of Thailand to China and the arrival of Buddhism from India means that some aspects of Thai culture were borrowed from Chinese and Indian practices. The Thai ancient healing traditions are part of their culture where these two influences can be felt.

Today’s traditional Thai massage is a product of Chinese and Indian healing philosophies infused with indigenous Thai healing traditions that have been handed down over the centuries, orally taught in ‘Wats’ or Thai temples. For many centuries, Buddhist monks played the role of healers because they had access to this body of knowledge, and people would go to temples to seek relief from their physical afflictions.

In modern times it seems we are inclining towards these ancient healing techniques more and more everyday because of increased stress in everyday life. As a doctor I study diseases and when many times we find no cause of a disease, we call it “idiopathic”. When people are stressed, tired, unhappy no matter how many medicines you give to them, they never heal. I wonder is there something more than just popping pills and extensive surgery?

I am a Pathologist by profession, so minor cervical discomfort and sometimes back pain pops-up as a reward of my years of study (sarcastic but true!) It is now known that most of the diseases including diabetes, hypertension, hormonal problems, thyroid, PCOD, stress-ulcers & weak immunity are all related to stress. Mental and psychiatric illness including depression which is one of

the leading cause of suicide, is a big threat in modern world. It is clear and simple that today we need the ancient gift of both Indian and Thai healing methods to find balance and good health.

During my adolescent age, I used to ask my father why he always puts a “tilak” between the two eyebrows.  He explained with conviction that it brings us peace & calmness. Though as a young teenage girl, I was often embarrassed it to carry it around. Similarly, In Shirodhara, the focus is at a specific point between our eyebrows because our agya chakra or third eye or which is now known that the pineal gland is present there.

Shirodhara is a form of ancient therapy that involves gently pouring liquids over the forehead. ‘Shiro’ translates from Sanskrit as head, and ‘dhara,’ as flow. A constant stream of lukewarm, medicated oil is poured continuously on the forehead, which helps to connect and energize the various channels that sustain our life, from the circulation of fluids on the physical level to the subtle currents running through the meridians, chakras and auras. This specialized treatment helps to improve blood supply, thereby increasing the flow of nutrients and oxygen, relieving tension, and promoting a clear pathway for nerve impulses to balance the nervous system and restore vitality.

In the western alternative medicine, there may not be another therapy that has a similar impact on the nervous system, apart from an established meditation practice.

We really need the blend of ancient Indian and Thai healing techniques in this stressed atmosphere! Be it traffic, money, relationships, home-loans and what not! This is the future we seek to do better in every field which is only possible with a healthy mind and a fit body.