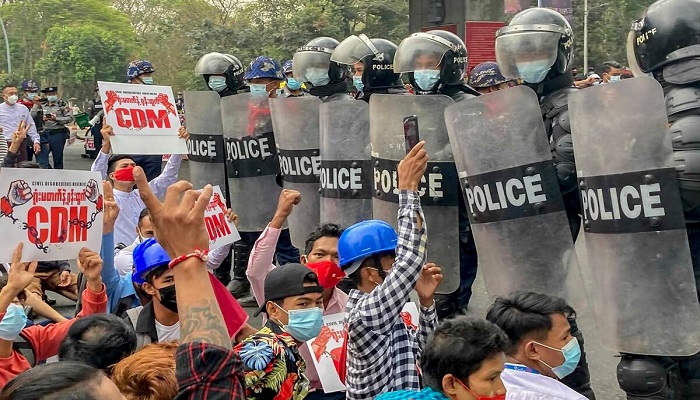 Thousands of civilians are taking refuge in the northeastern states of the country due to the ongoing ‘bloody conflict’ since the military coup in Myanmar. The largest number of refugees from Myanmar have entered Mizoram. Bablu Loitongbaum, a human rights worker from Manipur, says that nearly a thousand such refugees have arrived in Manipur. I have met the people of Myanmar who have fled here.

Among them are the people injured in the firing, who are being treated here. People who have fled from Myanmar told them that they want to stay here until the situation is normal. At the same time, local journalist C. Lalhinghalua, who is covering the incident in Serchhip district bordering Mizoram, says that there are many police officers who have come here from Myanmar. He did not follow the instructions to shoot at innocent people.

On the other hand, the government of Mizoram Chief Minister Zoramthanga has given refuge to many refugees. He wrote on social media after a virtual meeting with exiled Foreign Minister Jin Mar Aung of Myanmar’s National League for Democracy – our thoughts and prayers are with Myanmar.