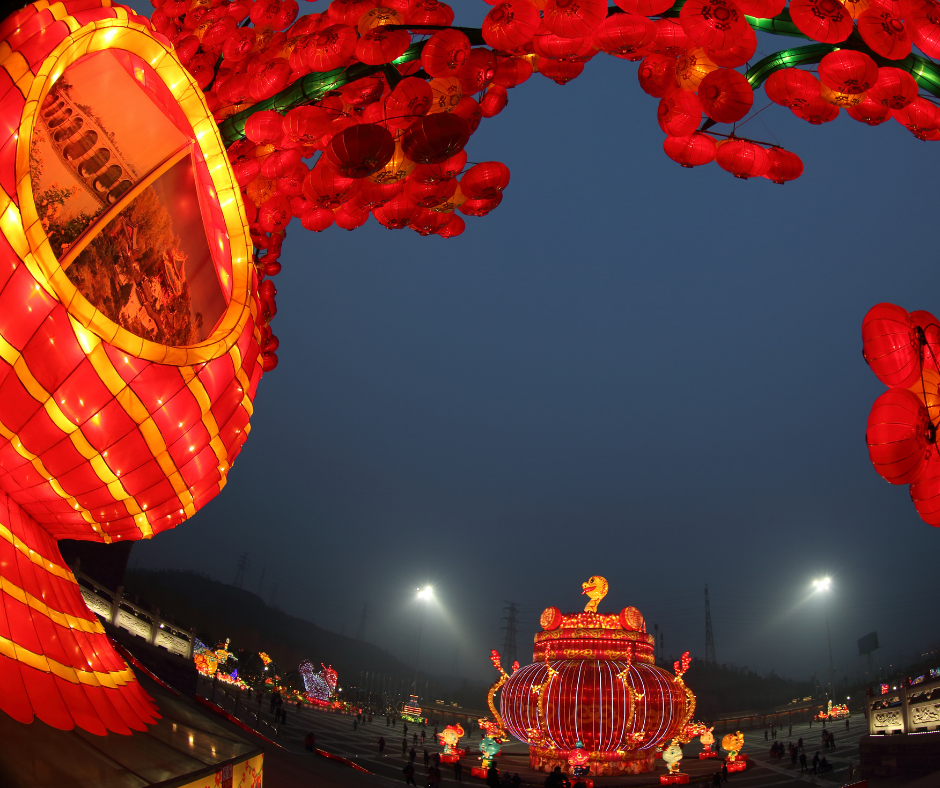 The celebration of the Chinese New Year, also known as the Lunar New Year. It commemorates the start of a new year on the ancient lunisolar Chinese calendar. The festival is known as the Spring Festival in Chinese and other East Asian cultures. It is because the spring season in the lunisolar calendar historically begins with lichun. Lichun is the first of the twenty-four solar terms that the festival commemorates around the Lunar New Year. Observances traditionally take place from New Year’s Eve, the evening before the first day of the year. It ends at the Lantern Festival, held on the 15th day of the year. It marks the end of winter and the start of the spring season.

During the yearly Spring Festival, a mythical beast known as the Nian (a beast that lives under the sea or in the mountains). I is said to have started Chinese New Year. In the middle of the night, the Nian would consume villagers, particularly youngsters. All of the villagers chose to flee the beast one year. Before the people fled into hiding, an elderly guy emerged and claimed he would stay the night and seek revenge on the Nian. The elderly gentleman hung red papers and lit firecrackers. The inhabitants returned to their town the next day to find that nothing had been destroyed. They took the old guy to be a divinity who had come to help them.

Yanhuang had found that the Nian was terrified of the color red and loud noises, the villagers concluded.  Then, as the New Year approached, the villagers began to dress in red, hang red lanterns and red spring scrolls on windows and doors, and use firecrackers and drums to scare away the Nian. Nian never returned to the village after that. Hongjun Laozu, an ancient Taoist monk, eventually captured the Nian. Nian then took refuge in a neighboring mountain. Over the years, the mountain’s name has been forgotten.