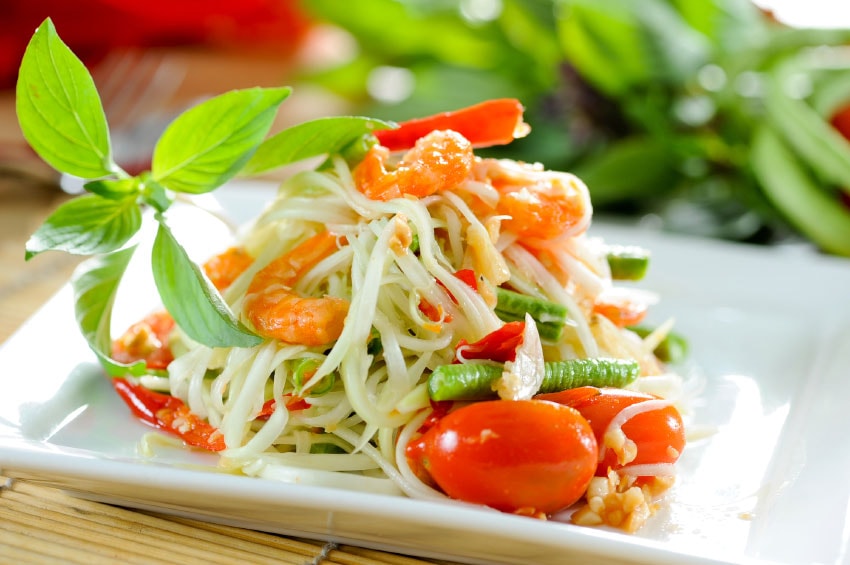 More and more people are becoming interested in Oriental food, with Indian and Thai food standing out as some of the most popular choices. It’s no secret that Indian and Thai food is a fascinating culinary experience. In terms of flavor and diversity, both cuisines are incomparable.

Thai & Indian cuisine is frequently mistakenly thought to be quite similar. Actually, it is the reverse.

Indian food is about rich flavors of exotic spices like nutmeg, black pepper, cinnamon, and green and black cardamon with yogurt-based curries, whereas Thai food is based on coconut milk with aromatics like lemongrass, galangal, and fish sauce to name a few.

Indian cuisine consists of all nutritional components in a single meal providing the body’s nutritional needs. Thai food uses a lot of light sauces to enhance the taste of the dish and those sauces have a unique umami flavor.

Additionally, Indian cuisine generally uses dairy products such as cottage cheese and soybean products as sources of protein. It is not uncommon for Indian cuisine to use chicken and fish in many of its exotic preparations across the country. Whereas, Thai cuisine is centered around seafood, especially shrimp as seafood is readily available in the country.

Despite the differences, both cuisines use exotic spices and ingredients, especially chilies, to make them very flavorful. Both cuisines emphasize the use of fresh ingredients in their cooking and canned food is rarely used.

India and Thailand both serve delicious food that is unique on its own. While Thai food is easy to find in Thailand, do not miss out on the wide variety of exotic lip-smacking Indian dishes, which are unique to the country.

Butter Chicken- An Emotion, Not A Dish