The President of India, Droupadi Murmu, at the Event

President of India, Droupadi Murmu, graced the third day of the 17th Pravasi Bharatiya Divas 2023 held on 10th January 2023. Addressing the expatriates and others gathered at the event, the Indian President said that the Indian diaspora today has become a vital and unique force in the global community. 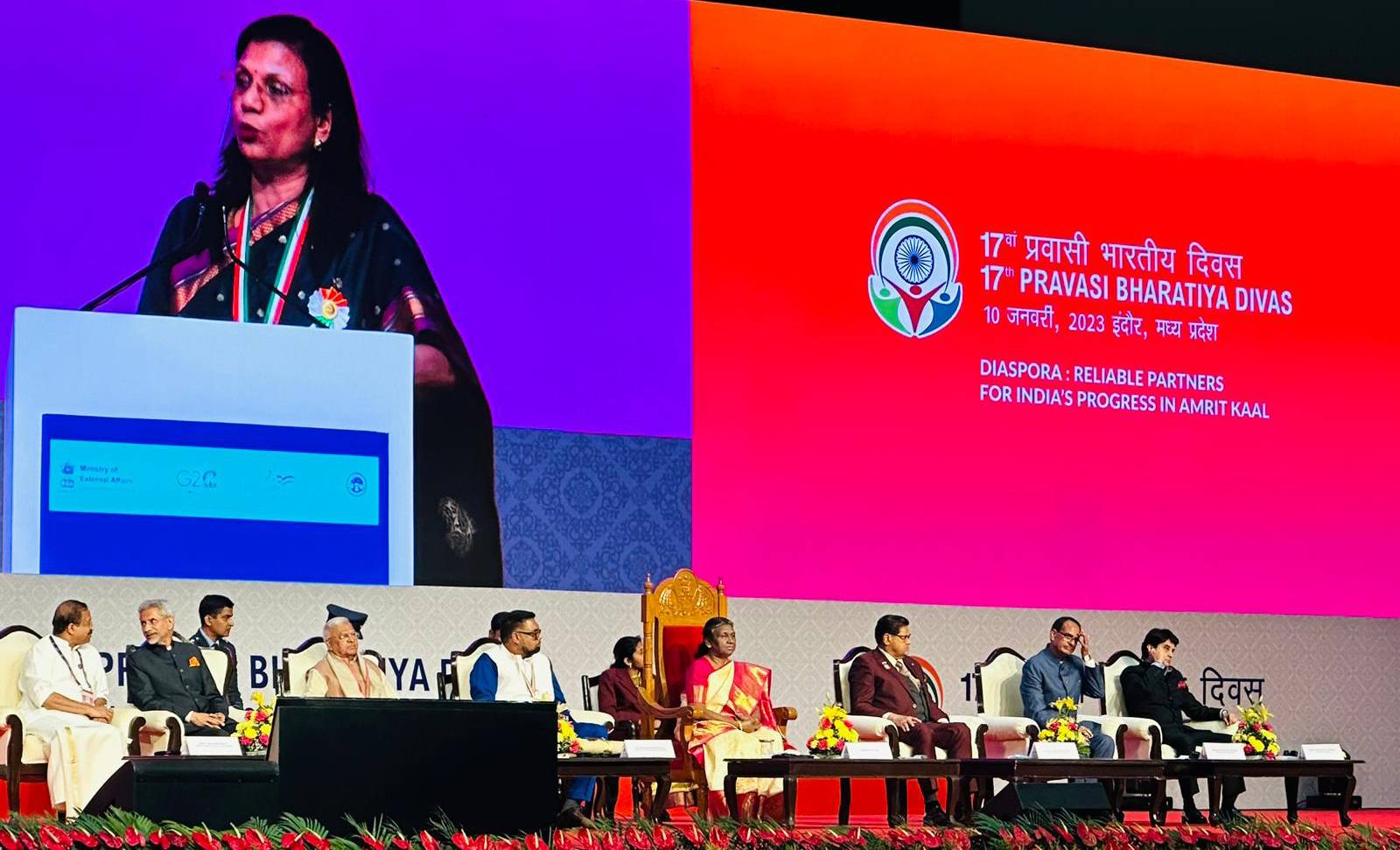 She added that the Indian diaspora had made stellar contributions in every region and sphere. Many members of our diasporic community have time and now proven their leadership capability and are currently occupying important positions in world political affairs. They have overcome many challenges that come with being an outsider and have proven their resilience, dedication and hard work to achieve excellence in all walks of life.

The President said the Pravasi Bhartiya Divas Convention is a unique platform that facilitates a fruitful engagement between the Indian government and its global community.

Talking about the Pravasi Bharatiya Samman Awards, the Indian President remarked that the award is the nation’s highest recognition for the members of the Indian diaspora.

The award honours the contribution of the expatriates to the growth, development and propagation of Indian ideals at home and abroad. Through it, we acknowledge their achievements and reflect our faith in their efforts to keep India’s flag flying high worldwide. 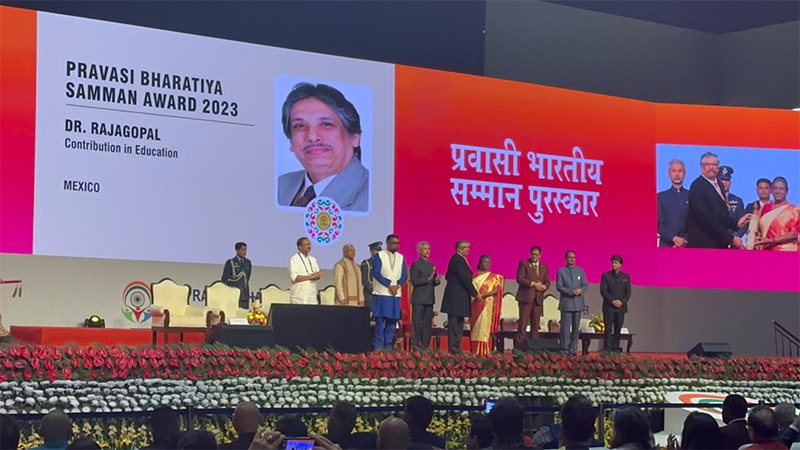 (Note: The award considers eminent NRI, POI, or OCI community members who have contributed significantly to philanthropic, welfare, and charitable work in India and overseas.)

She reflected upon the theme of this year’s Pravasi Bharatiya Divas Convention “Diaspora: Reliable Partners for India’s Progress in Amrit Kaal”, and interpreted it as the aspiration of the Indian government to include its diasporic community in the development of the country.

She added that the Indian diaspora would invariably hold a special place in our hearts: as extended family members and responsible stakeholders in India’s development.

The 4th plenary session with the theme, “Enabling global mobility of Indian workforce— Role of Indian Diaspora,” was chaired by Dharmendra Pradhan, the Indian Minister of Education and Minister of Skill Development and Entrepreneurship. He remarked that the Indian workforce is hardworking, honest and responsible. India can emerge as the global hub of a skilled workforce.

He also reminded us that India was once considered a vishwaguru (world leader) in the intellectual field. With the new skill approach, the Indian government envisioned taking the nation to its former glory.

The 5th plenary session was chaired by Finance Minister Nirmala Sitharaman with the theme, “Harnessing the potential of women diaspora entrepreneurs towards an inclusive approach to nation building”. She listed infrastructure, investment, innovation and inclusion as the 4 I’s for inclusive growth.

The President of India, Droupadi Murmu, presided over the valedictory session of the 17th PBD 2023. Chandrikapersad Santokhi and Mohamed Irfaan Ali, the Presidents of Suriname and Guyana, respectively, joined her.

A valedictory address by the Indian President, followed by a vote of thanks by V. Muraleedharan, Minister of State for External Affairs of India and Indian National Anthem, brought the 17th PBD 2023 to a close.