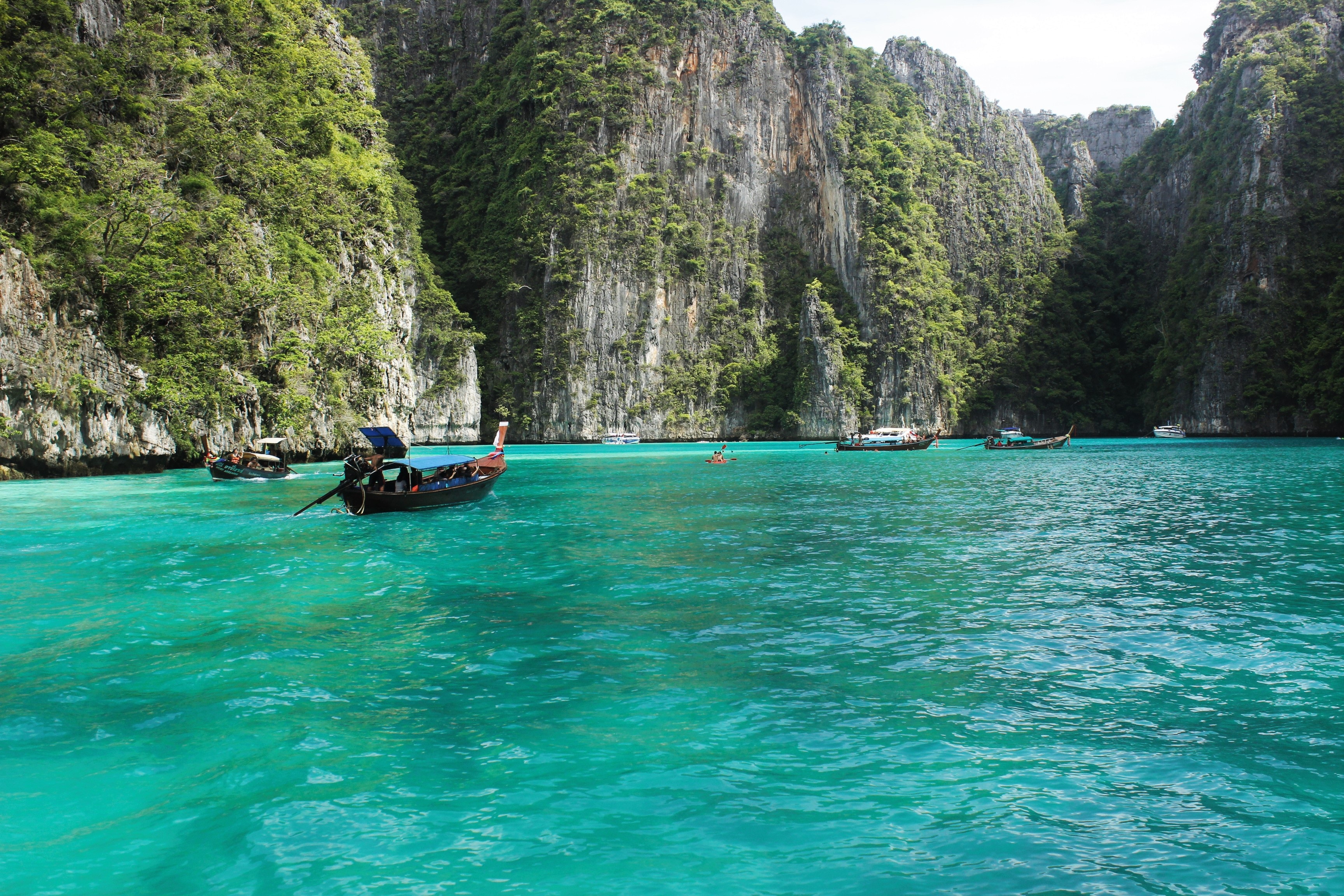 The Phi Phi Islands are an island group in Thailand, between the large island of Phuket and the west Strait of Malacca coast of the mainland. The islands are administratively part of Krabi province. Featuring classic tropical beaches, stunning rock formations and vivid turquoise waters teeming with colourful marine life, it is paradise perfected.

Phi Phi Island is Thailand’s island-superstar. It’s been in the movies. It’s the topic of conversation for travelers all over Thailand. The islands, when approached by boat, rise from the sea like a fortress. Sheer cliffs tower overhead, then give way to beach-fronted jungle. It’s love at first sight. The second part of the why-we-love-this-place story is attitude: few places on the planet are this laid-back.

Of the two islands located near Phuket and Krabi, the larger and inhabited Phi Phi Don attracts hundreds of visitors to stay on its lovely shores while the smaller uninhabited Phi Phi Leh hosts stunningly beautiful bays and beaches, including the world-famous Maya Bay, which was the set where The Beach (with Leonardo Di Caprio) was filmed. Phi Phi Lee also houses the “Viking Cave”, where there is a thriving industry harvesting “edible bird’s nest”.

There are six islands in the group known as Phi Phi. They lie 40 kilometres (25 miles) south-east of Phuket and are part of Hat Nopparat Thara-Ko Phi Phi National Park which is home to an abundance of corals and marine life. There are limestone mountains with cliffs, caves, and long white sandy beaches.

There are two seasons: the rainy season from May till December and the hot season from January till April. Average temperature

The nearest airports are at Krabi, Trang, and Phuket. All three have direct road and boat connections.

There are frequent ferry boats to Ko Phi Phi from Phuket, Ko Lanta, and Krabi town starting at 8:30 am. Last boats from Krabi and Phuket depart at 2:30 pm.

Sunset, Ko Phi PhiThe islands feature beaches and clear water that have had their natural beauty protected by national park status. Today, Ko Phi Phi is one of Thailand’s most famous destinations for scuba diving and snorkeling, kayaking and other marine recreational activities.

The number of tourists visiting the island every year is so high that Ko Phi Phi’s coral reefs and marine fauna have suffered major damage as a result.