The arrival of the Indian Prime Minister, Narendra Modi, gave a new high to the ongoing Pravasi Bharatiya Divas 2023, here in Indore. Modi made his way through the throngs of people, shaking hands and taking selfies with his supporters, the energy in the air was electric.  For the Indian diaspora, this was an opportunity to see their leader in person.

A sea of people had begun to gather well before the scheduled time, eagerly awaiting the arrival of the Prime Minister. A voice emerged amidst the bedlam, and soon the rest joined, waving flags and chanting the Indian PM’s name. The Indian and foreign delegates attending the PBD were waiting for their chance to catch a glimpse of the Prime Minister. 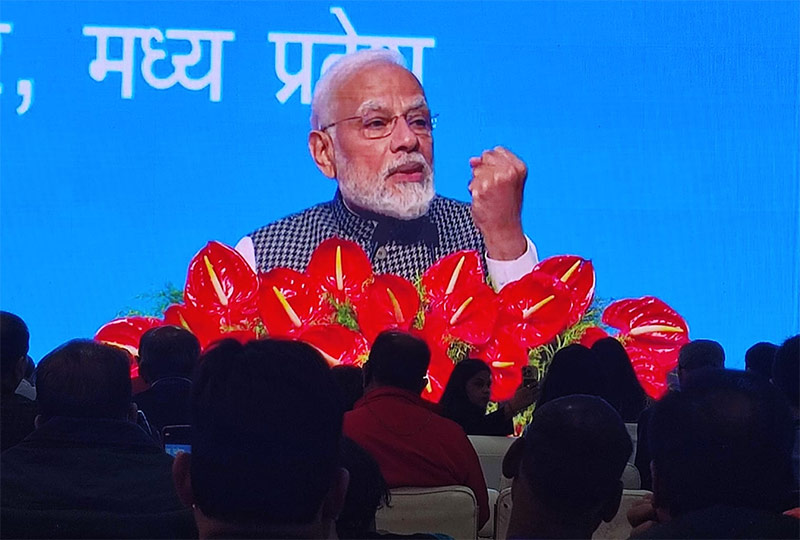 The roar of the crowd reached a crescendo as PM’s convoy appeared on the horizon. Wearing a traditional Indian suit and a broad smile, Narendra Modi stepped out of his car and waved to the crowd, who responded with cheers and applause.

Despite the sweltering heat and the long wait, the crowd remained upbeat, which proved the enthusiasm that the diaspora has in the growth and future of their native land.

PBD is held to honour the compassionate and philanthropic efforts made by the diaspora who spread Indian ideals and significantly contribute to the global community.