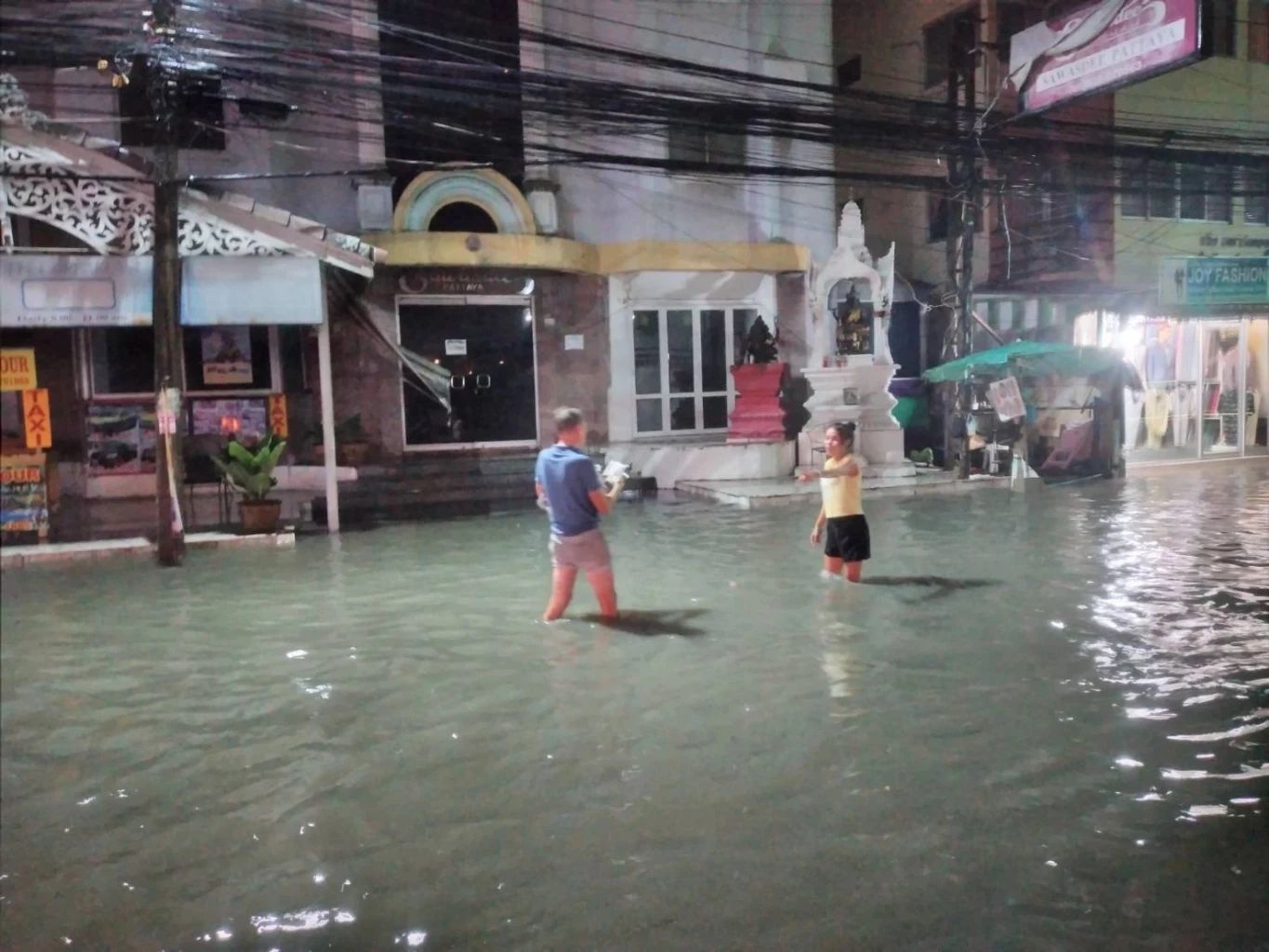 Following a night of heavy rain and strong winds on Sunday, Pattaya residents awoke to find many streets underwater earlier this week. It was impossible to drive on many routes, causing some parts of the city to be cut off. Small vehicles were prohibited from entering heavily flooded roads as officials deployed barricades at the entrances.

As a result of heavy downpours that lasted for an hour, several areas in Pattaya suffered flood damage, including Pattaya Beach. Pattaya Beach was left with holes and gaps after the flooding washed away much of its sand.

Roads such as Walking Street, Pattaya Beach, South Pattaya, and Soi Buakhao were inundated with floodwater up to 30 centimeters deep.

Due to overnight flooding on South Pattaya Road, many restaurants and businesses were closed on Monday morning. Sandbag barricades around some businesses’ entrances kept the water out, allowing them to remain open.

As a result of a strong monsoon depression over the lower north, upper central, and northeast regions, Thailand’s Meteorological Department predicts isolated heavy to very heavy rain until the weekend. It is recommended that residents be cautious of venomous reptiles and floods.