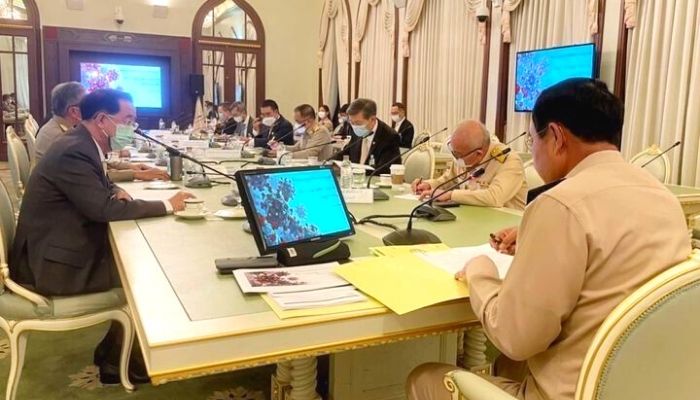 One of the first to break the new rule? The country’s prime minister, Prayuth Chan-ocha, was seen unmasked at a cabinet meeting in a photo posted on his official Facebook page. The picture has since been removed from the Prime Minister’s Facebook page. The meeting to discuss the country’s vaccination campaign without wearing a mask led netizens to question whether the prime minister had violated the governor’s mandatory mask-wearing order that took effect on the first day today. Bangkok Governor Aswin Kwanmuang later stated online that Prayut was fined 6,000 baht.

As Thailand struggled to contain the worst of COVID pandemic, Bangkok made it mandatory for residents to wear masks publicly as of Monday. The Thai government is now trying to purchase vaccines from a growing global supply, as many hospitals report nearly full, setting up field hospitals in sports arenas and elsewhere. As infections increased earlier this month, he nevertheless decided to let Thais continue to travel on the Sonoran holidays. Only 0.3% of the population has been fully vaccinated, according to the New York Times database.

Aswin Kwanmuang, the governor of Bangkok, came on Monday with key police officers to help collect a fine of  6,000 thb ($190) . “I informed the Prime Minister that this was a violation of the rules,” the governor wrote on Facebook. The fine penalty goes to a maximum of 20k thb but as a first time offender the charge is 6,000 thb.

What Makes Thailand a Country of the Best Beauty and Wellness Services?

The Coronavirus Lockdown and Its Impact on People Struggling With Addiction