India and Thailand share a robust cultural bond that dates back centuries. Both countries have rich and diverse cultural heritage and have influenced each other in various aspects such as religion, art, architecture, and cuisine.

Buddhism, which originated in India, is a major religion in Thailand, and both countries share a deep reverence for Lord Buddha and his teachings. The traditional dances, music, and festivals in both countries are also similar, which showcases a strong Indo Thai cultural bond Wat Phra Kaew, or the Temple of the Emerald Buddha, Thailand’s most revered Buddhist temple, is located in the heart of Bangkok.

The temple boasts a magnificent Emerald Buddha statue, considered the people’s protector. The holy temple is encircled by a complexly decorative and exquisite mural painting recreating the story of Ramayana for its visitors. 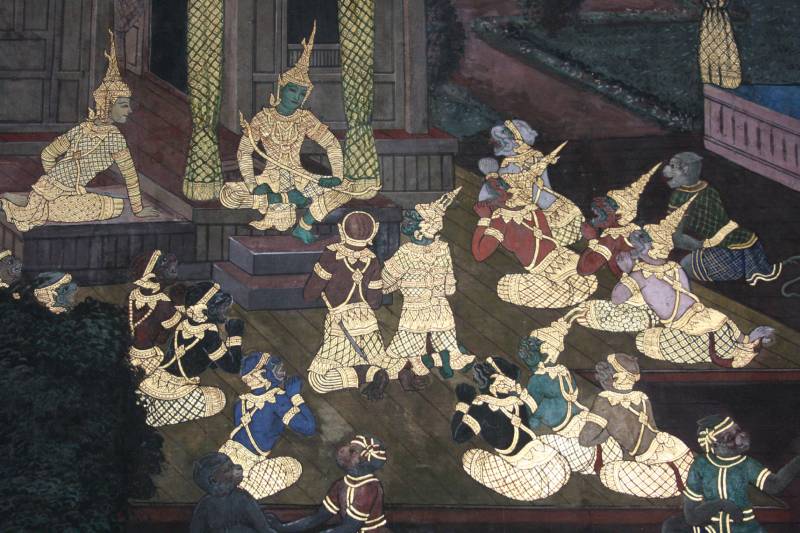 Its outer wall conveys the story of Phra Rama, the hero of Ramakien- another name for Ramayana in Thailand. The primary focus of Ramakien is on the Thai characters.

The tale of Ramakien in 178 panels has been kept alive by the continuous restorative works that happen every few decades or when the need arises.

Thai mural painting was born out of the efforts to convey the story of Buddha’s life; to convert his abstract thoughts into a visual image for people to understand. 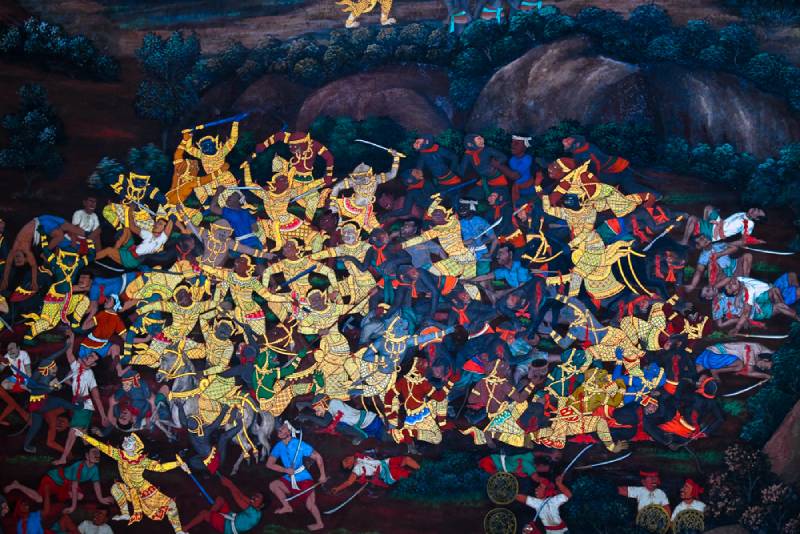 Traditionally, the Thai style of mural paintings can be seen only in Buddhist temples and houses of a few influential people. These paintings cover various subjects, from decorative and mythical to colourful ordinary life.

The Tale of Ramakien

The Indian Ramayana probably reached Thailand during the era of maritime trade. Indians brought Hinduism and its religious texts to Thailand, which still carries a cultural trace between the two countries.

In 1767, the destruction of Ayutthaya led to the loss of the old version of Ramayana. But soon, efforts to restore Ramayana began and by the 18th century, Thailand recognised the Ramakien as its national epic. 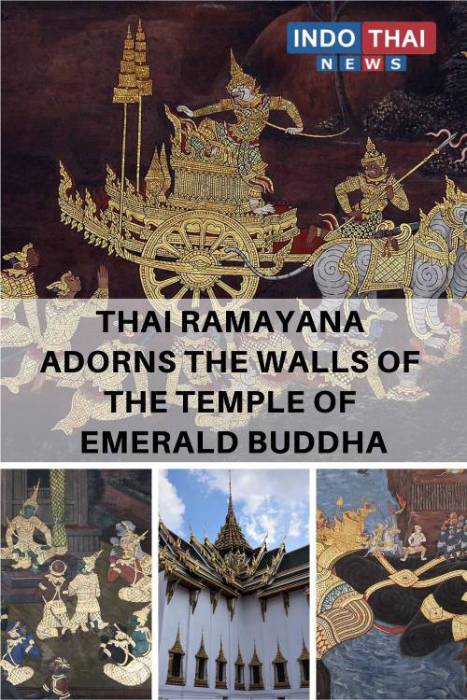 There are fundamental differences between the Ramayana and the Ramakien.

In his book Frank E. Reynolds conducted a comparative study of Hindu and Buddhist Ramayana; he declared that “the writing of the Ramakien was done in accordance with a traditional tale; it is not of abiding importance; rather, it has been written to be used on celebrative occasions. Those who hear it and see it performed should not be deluded. Rather, they should be mindful of impermanence.” 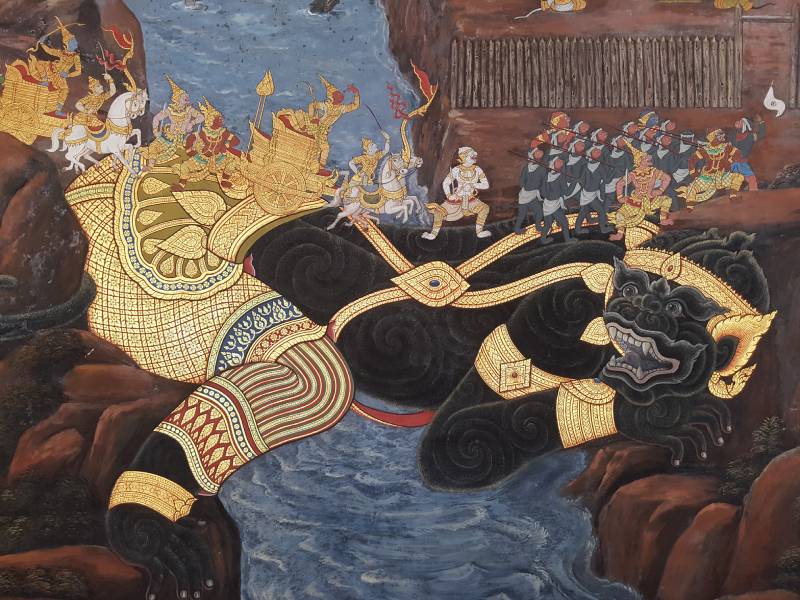 The story might differ a bit, but the mural on the Temple of the Emerald Buddha is one of the best artistic depictions of the epic. One that all the temple goers, religious, and creative people worldwide would love and appreciate.

If you are planning to travel to Thailand anytime soon, visit this holy temple and witness the story of Ramakien unfold before your eyes. Follow Indo Thai News and get the latest updates on India and Thailand lifestyle and culture news.