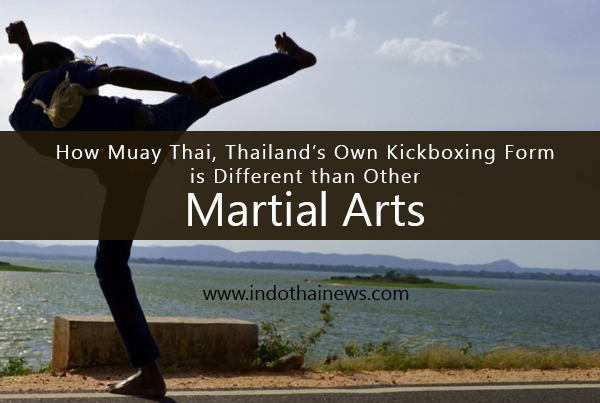 Whenever we see some form of martial arts going on in sports channel, we suddenly gets pumped up. There is a bit of physical fighter in everyone, and this is the reason why different types of fight forms, like martial arts and so, have become popular over centuries and have ideally evolved into different forms.While you may be familiar with kickboxing aspect, there is one un-denying popular form of this that has become the most popular and followed type of martial arts in Thailand – Muay Thay, the country’s national sport.

What is Muay Thai?

Muay Thai is a kind of Martial Arts form which is a bit more aggressive form. Unlike the western form of fight where the participants are allowed only two limbs to use, and unlike other martial art forms where 4 limbs’ use is permitted, Muay Thai makes use of varying parts including punches, kicks, elbow strikes and knees, as well as holding of the head. This is why it is also termed as ‘The Science of Eight Limbs’.

What Impact Does it Have on Someone’s Physical Shape?

There’s more to Muay Thai than simple fighting. While in a fight it may seem to be violent or belligerent, there are different benefits to the physical body of a person who undergoes Muay Thai training.

It leads to development of more stronger and lean muscle build with defined muscle form. As this form involves use of different parts of body and muscles, a few minutes of Muay Thai training is highly demanding, and therefore the results. This fight training has become a key form for many who want to lose weight or enhance their body’s metabolism. You also get to improve your fitness levels, power and speed, along with cardiovascular stamina.

On the mental level, Muay Thai helps in improving the syncing between mind and body, increasing focus and concentration.

For those who are looking at some highly significant and effective form of self-defence training, I would definitely pitch for Muay Thai.

Whether you want to get self-defence training in Muay Thai, or experience some fight competitions when in Thailand, the options are galore for you in numerous camps, gyms and stadiums.