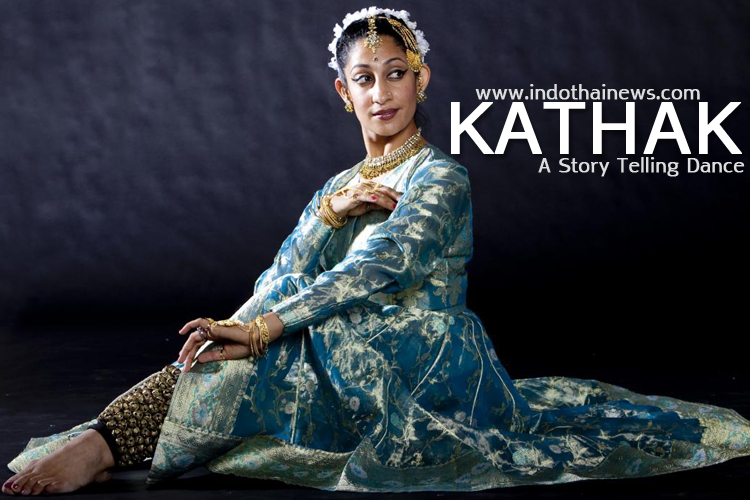 Dance is one of the oldest arts and traditions in India culture. Its roots are traced down to the origination of this country.  Dance is defined as an art of expressing one’s feelings and emotions towards God without using words. Expressions is the main backbone of dance. The Indian classical dance is mainly divided into 8 types depending on the sources and scholars. They are:

These are famous in their respective states in India. One of the famous classical dances in incredible India is Kathak.

Kathak is a traditional Indian dance form that originated from the northern, western and central parts of India. It is originated from the nomadic bards of ancient northern India, known as Kathakars or storytellers. Its form today contains traces of temple and ritual dances, and the influence of the bhakti movement.

There are 3 phases of Kathak:

The Kathak dance during the Bhakti era centred primarily around divine Krishna, Radha, Gopikas, around legends and texts such as the Bhagavat Purana. The love between Radha and Krishna became symbolism for the love between the individual soul and cosmic universe, a theme that dance ballet and mimetic plays of Kathak artists expressed.

With the advent of Mughal era in India, Kathak became more abstract. The Kathak repertoire added Persian and Central Asian themes, such as the whirling of Sufi dance. The costumes replaced Saris with items that bared midriff and included a transparent veil of the type common with medieval Harem dancers.

During this phase, all dance forms including Kathak was highly discouraged and started to decline. Kathak was brought to the attention of audiences outside India in the early 20th century through Kalka Prasad Maharaj.

The invocation or pranaam or Vandana consists of offering respect to their guru and musician on stage.

During the dance recital one or more dance performers recite the abstract of the dance before they begin.

The expressive dance or Nritya is slower and expressive aspect of Kathak that attempts to communicate feelings, storyline particularly with spiritual themes in Hindu dance traditions. In a nritya, the dance expands to include words, musical notes and gestures to articulate a legend or message, it is more than sensory enjoyment, it aims to engage the emotions and mind of the viewer.

The costumes for Kathak vary as they are performed by both Hindus and Muslims. For Hindu females, the costume is a saree that is draped from the left side of the shoulder, a blouse, gold ornaments or jewellery, and a bindi. For Hindu males, it is a silk dhoti draped around the waist, then usually covered with a silk scarf tied on top. he Muslim costume for female dancers also uses a skirt, pyjamas and a long coat. The jewellery is light.