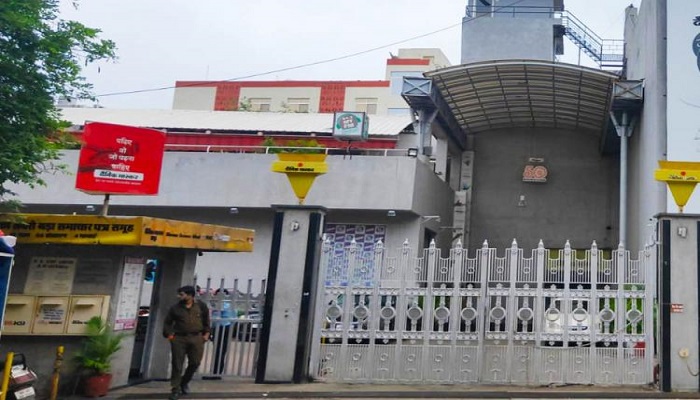 The Income Tax Department on Thursday raided the premises of media group Dainik Bhaskar located in various cities on charges of tax evasion. These raids are being conducted in Bhopal, Jaipur, Ahmedabad and some other places. Along with the ED, Income Tax Department, there is also the support of the local police. The entire search operation is being conducted by the Delhi and Mumbai team. More than 100 officer employees are involved in the raid. During the raids till now, important documents have been claimed to have been found.

It is being told that this is a big raid of the Income Tax Department. The phones of all the employees present in Bhaskar’s office have been confiscated. Also no one is being allowed to go out. Income Tax team is present at half a dozen places including Press Complex.

The opposition has united against the government over these raids. First, there was a ruckus in the Rajya Sabha on this issue and then by tweeting it also targeted the Modi government.

Congress spokesperson Randeep Surjewala has tweeted that when the government is so afraid of the pen and camera, the downfall of such a government is certain.

At the same time, Rajasthan Chief Minister Ashok Gehlot criticized the raids of the Income Tax Department on the offices of Bhaskar and Bharat Samachar news channel, calling it an attempt by the central government to suppress the media.