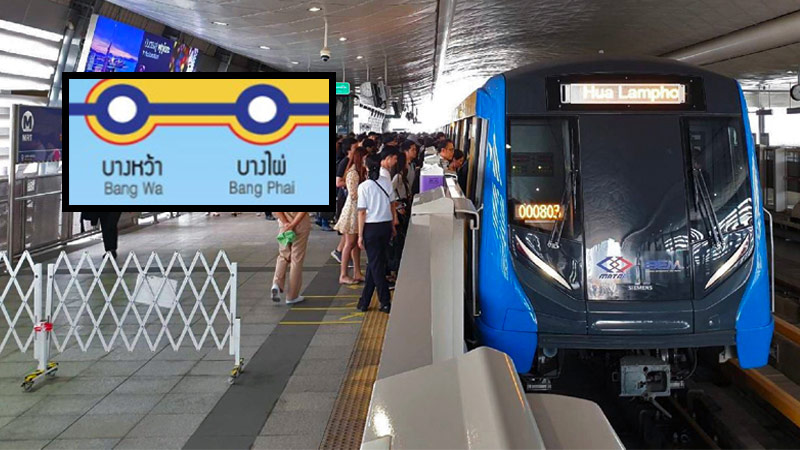 Keeping in view the financial hardships caused by several factors such as rising goods prices, high global fuel prices and higher inflation, the Transport Ministry has delayed a fare hike for train services on the Chaloem Ratchamongkhon route, also known as the Blue Line, until December 31.

Tha Phra station, in the Bangkok Yai district, is the starting point of the MRT Blue Line, which runs 48 kilometers and terminates at Lak Song station, in Bang Khae. Earlier, the Cabinet had decided to increase fares by one baht at the 6th, 9th, 11th, and 12th stations from July 3.

Additionally, until December 31, children under 14 years old with a height under 120 cm and adults over 60 years old will receive a 50 percent discount. MRT fares will be discounted by 10 percent for students aged under 23 years.

As part of his discussion with BEM, the concessionaire for the Blue and Purple Lines, Saksayam Chidchob said that the revised fare rate would have been a burden for commuters and he was working on ways to ease the financial burden on commuters.