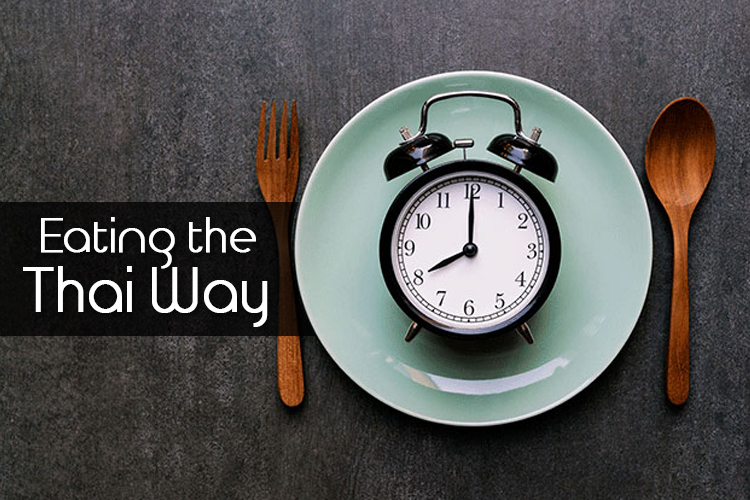 When it comes to cuisines and eating habits, we often tend to generalize too much or live in blissful ignorance of customs and diets that various nationalities follow.

When someone says America, we think of burgers, fries and hotdogs. Italy is just pasta and pizza for us while we think that the whole of South East Asia eats noodles. No! The Chinese, Japanese, Koreans, Thai and Burmese people do not all eat the same food.

With such generalizations, we miss out on so many nuances of color, texture and fragrance that the delicious South-East Asian cuisines offer both for Vegetarians and meat lovers or The Thai summer rolls fit for a hot sunny day.

Thai food is a subtle mix of various ingredients, spices and styles borrowed from various cultures. Chinese cuisine has been a major influence on Thai cuisine when it comes to spicy cooking, the staple- rice and other foods like noodles, dumplings and the use of soy sauce.

Like the Chinese, Thai cooking follows the philosophy of combining five flavors- salty, sweet, sour, bitter and hot (though Thai cuisine is generally spicy). Spices like cumin, coriander, cardamom and curry dishes from India play a big part in Thai cooking too. And we cannot forget the major ingredient in almost every Thai recipe-Coconut.

Thai people love eating and socializing. So, every meal is a friendly, family affair.  People sit together at the table. High-seated chairs for kids are not very common in Thailand. Sitting on bamboo mats on the floor is also a possibility. Serving food on a “khan tok” (a raised wooden tray with legs) has been a tradition in Thailand (especially in Chiang Mai) for a long time and is an important essence of Thai food culture. Even today, a popular way of welcoming guests is offering them a “khan tok” dinner. A common way of greeting people is by asking them “Kin khao rue yang?” which means “Have you eaten rice yet”? Such is the importance the Thai people give to eating especially rice.

When eating food, individual servings of rice are placed on every plate. The various accompanying dishes are laid out on the meal table for everyone to share. These dishes generally include fresh vegetables, a soup, a spicy gravy dish and different fish sauces to add flavor. The nam prik kapi (a shrimp based chilli sauce), the nam pla prik (another hot fish sauce) and nam prik tadaeng (red eye chilli sauce) can be found on almost every meal table, whether at home or in restaurants.

Contrary to popular belief, Thai people use a spoon to eat Thai food and not chopsticks. A fork is used sometimes but only to push food onto the spoon. Noodle soup may be consumed using chopsticks and a spoon. Certain foods may also be eaten by hand. Knives are not really required at the table as items like meat or vegetables are already cut into bite-sized pieces while cooking.

Thai cooking uses traditional utensils like a wok a mortar and pestle. Thai cuisine calls for a lot of paste-making and a mortar and pestle gives you great flavors as compared to a paste made in a mixer-grinder. A rice cooker and a bamboo-basket sticky rice steamer are indispensable to Thai cooking. As the staple food is rice, it has to be made in large quantities. These two utensils make it easier to cook the two types of rice (white rice and sticky rice-that is often rolled into a ball and eaten) that are a part of every Thai meal.

In the Thai language, to eat or to eat a meal is “kin khao”, which literally translates as “eat rice,” showing the importance of rice in Thai food.  Thai people can be quite fussy about the quality of the rice they use and the methods of cooking it. Thailand is famous for its aromatic, long white grain Jasmine rice. Apart from rice, Thai people eat noodles (made from rice flour/ wheat flour/ mung bean flour), vegetables like eggplant, bamboo shoots, tomatoes, cucumbers, Chinese kale, sweet potatoes, mushrooms, bean sprouts and corn, meats such as pork, chicken, beef, fish and other seafood and fruits like durian, papaya, jackfruit, pineapple, mango and Burmese grapes. Fruits are an integral part of Thai food and are often served after meals with spicy dips.

Dinner is an elaborate affair in Thai Food culture. Weekend lunches are similar. People at work grab quick lunches on weekdays like a noodle soup or a stir-fried dish. Lunch and dinner are sometime around 12.30pm and 7.30pm respectively. The Thai people also love snacking in between meals.

The love of food in Thailand does not end at the meal table but trickles down into art as well. Here, carving of fruits and vegetables into intricate designs and shapes is a widespread activity. Known as Kae Sa Luk, Thai fruit carving is a traditional art that has been around for centuries. Fruit carvers use vegetables and fruits like watermelons, radishes or tomatoes to carve out flowers, birds and other objects. The origins of this tradition are believed to lie in the Sukhothai Dynasty period. Fruit carving was once performed to decorate the dinner tables of the royal families and also to make the food look more appealing.

Fruit carving today, is also a part of education. Kids study it in school from the age of 11 onwards. It is provided as an optional subject in various universities too, where students interested in learning this art form can enroll for classes. Carving competitions are often held during festivals and events to encourage this traditional art. Tourists can witness something really unique during festivities in Thailand. Carved fruits are also often donated to temples or gifted at weddings.

Thai cuisine is one of the most popular cuisines in the world today and is available everywhere. If spicy dishes are not your thing, learning the phrase “mai phet” (not spicy) will come in handy, especially if you are having Thai street food.

Traditional recipes and flavors combined with fresh farm produce make Thai cuisine a delight for the palate. So next time you visit a Thai restaurant or take a trip to Thailand, make sure you savor the authentic, local Thai delicacies instead of compromising on taste and quality at global fast food chains.