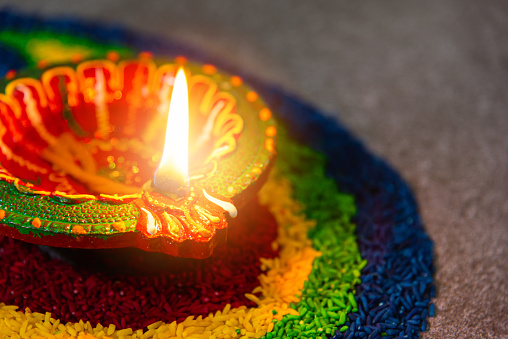 Dhanteras Significance
According to the legend, the Devas and Asuras churned the ocean to get nectar. During this ocean churning, the god of wealth Dhanvantari and mother Lakshmi appeared from the ocean of milk on the day of Dhantrayodashi. Lord Dhanvantari is known as an incarnation of Lord Vishnu.

Lord Dhanvantari is also known as the god of medicine and medicine. Not only this, he is also the physician of the gods. He is depicted as an affiliation of Lord Vishnu, Adi Narayana. Lord Dhanvantari resides in the ocean, he is holding a conch shell and a chakra on a lotus. Amrita and the leech are his symbols. It is believed that by worshiping Lord Dhanvantari on this day, there is no shortage of money throughout the year. Also, Maa Lakshmi is pleased and keeps blessings on you.