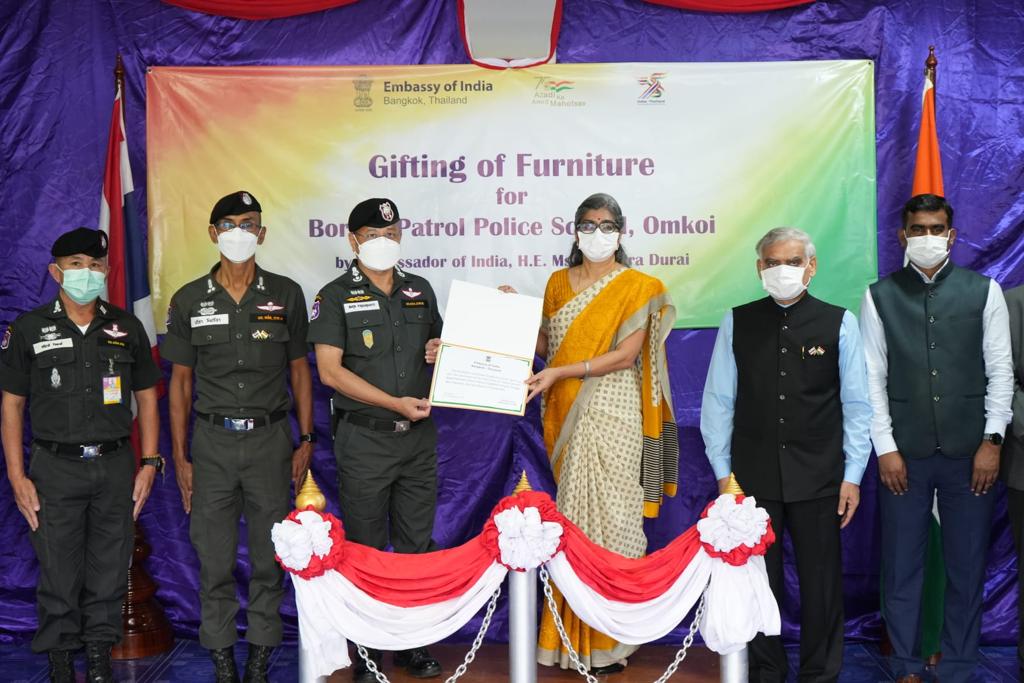 IGABPPS, Omkoi was initially established with the donation by HRH Princess Mahachakri Sirindhorn of the prize money of Indira Gandhi International Peace Prize bestowed on her in 2005. The School plays a very important role in not only imparting education to students from marginalized and ethnic minority communities in the hill areas but also imparts vocational education, skill development and acts as a community health centre. The Embassy of India in Bangkok as well as the Indian community in Chiang Mai province have been assisting the School in the last 15 years.

In her remarks, the Ambassador stated that she was happy to present furniture items worth USD $ 4300 to the School as a gesture of goodwill and a deep sense of commitment to work closely with Thailand and have deeper ties and connection with Thai people. The improved facilities at the school will help in enhancing the learning experience for students living in remote border areas.

The gifting of furniture to IGABPPS Omkoi also coincides with the celebration of the 75th anniversary of the establishment of India-Thailand diplomatic relations.

Ambassador Suchitra also visited Chamson bridge over the Ping river constructed originally by a prominent member of the Indian community Mr. Motiram Korana in 1966 and met with Indians and Thai scholars and Indian community leaders.