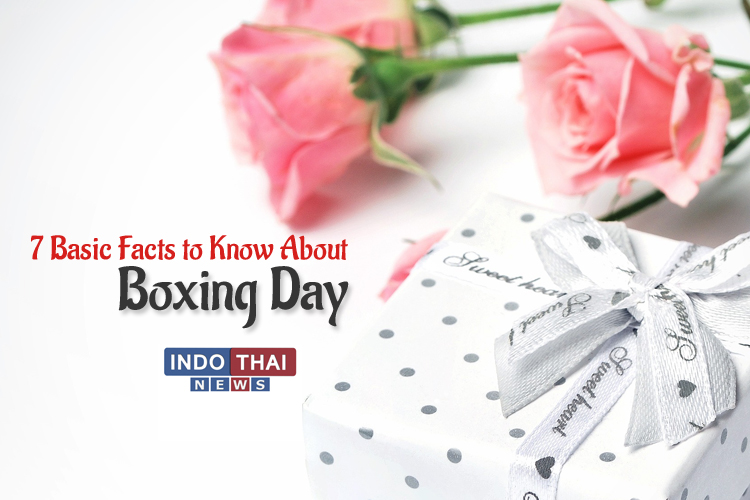 Today is Boxing Day. Right? But what actually is a Boxing Day? Why it is named like that? Where it is celebrated?

Well, we list down some key points to help you brush up on your information regarding the Boxing Day.

1.When Boxing Day is observed and celebrated?

Ans. December 26 every year is celebrated as Boxing Day across the globe.

2.Where it was originated?

Ans. Boxing Day originated in the United Kingdom, and apart from UK, it is celebrated across the countries that were the part of the British Empire, along with some European countries as well.

3.Why it is called ‘Boxing Day’? Why it started?

Ans. Traditionally, in Britain, the day after the Christmas was a day when the employers used to give a day off to their employees along with a ‘Christmas Box’ that included gifts and presents for their families. The employees and workers used to celebrate this day with their family, giving this box to their families. The box used to contain bonuses, or leftover food, clothing, as well as tools and seeds from the agricultural lords, and much more. This is what Historians pre-dominantly believe for the holiday name origination.

Ans. United Kingdom, along with Ireland, Australia, Canada, and New Zealand celebrates Boxing Day, along with some European Nations. Some of the European countries also observe this holiday as ‘Second Christmas Day’.

5.Is Boxing Day celebrated in USA?

Ans. Boxing Day is not a customary and traditional holiday norm in USA. However, there are several parts across the country, where the day after the Christmas is observed as a secular holiday. In USA December 26 is also Saint Stephen’s Day, a religious holiday.

6.Is Boxing Day celebrated in Asia?

Ans. While people in Asian countries have become pretty familiar with the customs of Boxing Day that is celebrated in many parts of the world and associate it with the day after Christmas, there is no traditional holiday or festive culture related to this day across the Asia.

7.Is there kind of boxing (fist-fight) involved during this day?

Ans. Unlike what the name suggests, there is no typical boxing match, or fist-fights or such sport function for this day. So, now you would be pretty much familiar about what Boxing Day is all about.