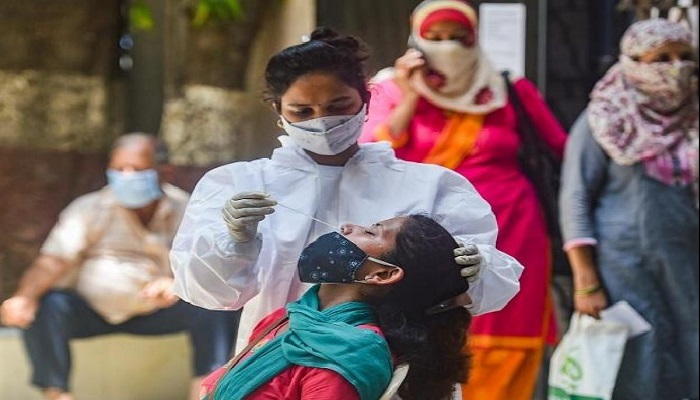 In the fourth report of the Sero survey, it has been found that about 40 crore population of the country is still at risk of corona virus infection. SARS-CoV-2 antibodies have been found in two-thirds of the population over the age of six. More than 28,975 people (adults and children) besides 7252 health workers were also included in this survey conducted in 70 districts of 21 states in June and July. Antibodies were found in a total of 67.6 percent of the people surveyed.

ICMR Director General Balram Bhargava said that antibodies were not found in a third of the population, which means that about 400 million people are still at risk of corona virus infection. People without antibodies are at risk of a wave of infection. More than half of the children (ages 6-17) were found to have antibodies, which are similar in rural and urban areas. Of the adult population, 12,607 people surveyed have not been vaccinated, which is 62.2 percent, while 24.8% or 5038 people have received a single dose of vaccine. At the same time, 13 percent or 2631 have received both doses.

Antibodies were found in 0.7 percent of the people in the first sero survey conducted in May-June 2020, 7.1 percent in August-September 2000, 24.1% in the sero survey conducted in December-January. Bhargava said that an important thing needs to be remembered here that the National Sero Survey is not a substitute for the local (state or district) level survey. This is just a simple estimate of the situation in the country. But it varies from state to state. Diversity at the state level signals a future wave of transition.

He said that emphasizing on following the rules related to Covid-19, one should stay away from social, religious and political gatherings and unnecessary travel should be avoided and travel should be done only after getting fully vaccinated.