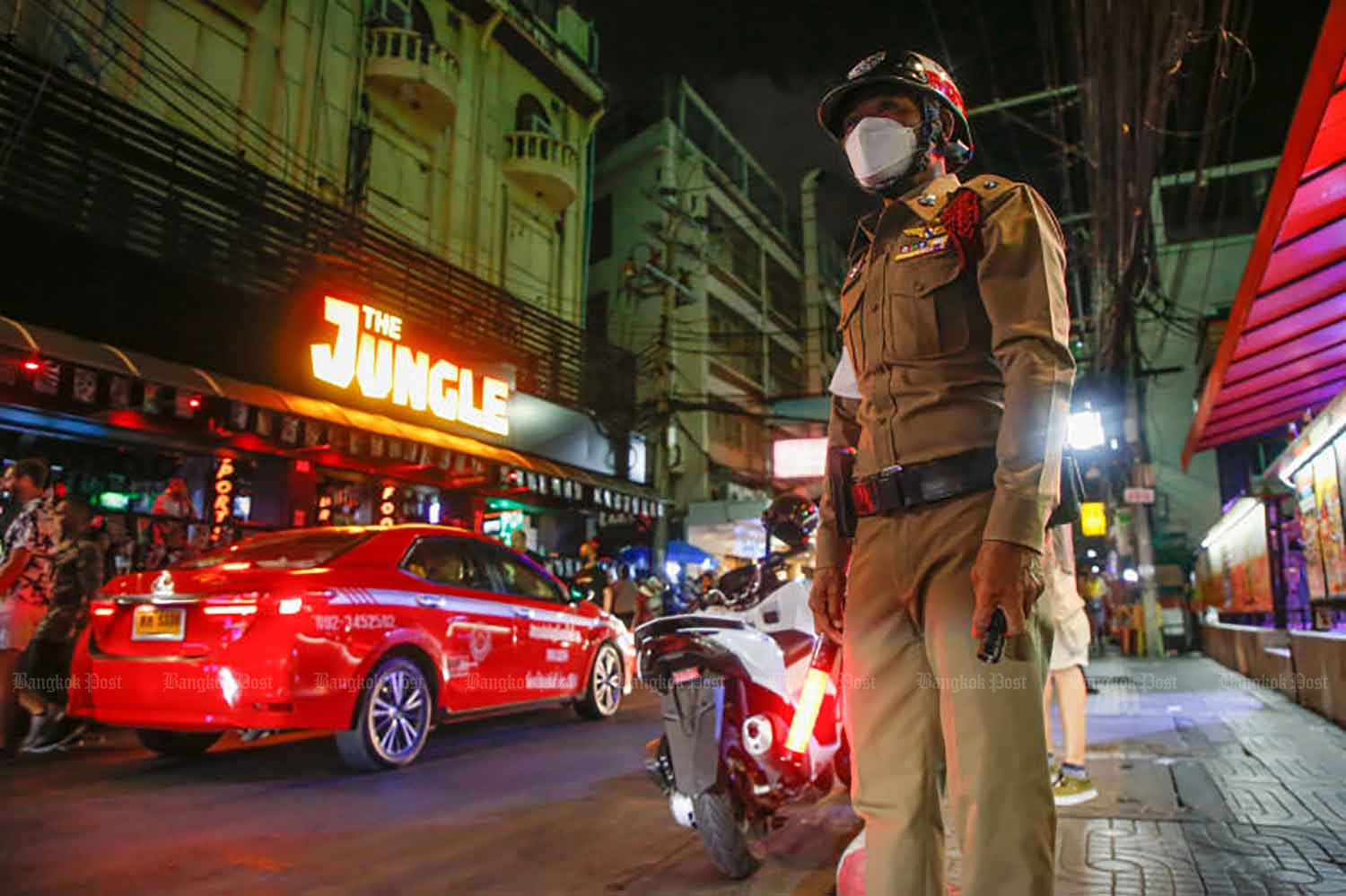 Wednesday’s figures did not include 3,955 positive results from antigen tests. This would raise the total to 6,254.

There were 19 coronavirus-related fatalities and 2,387 new cases reported on the previous day.

Of those in hospital, 602 were seriously ill patients with lung inflammation (down from 608) and 280 dependent on ventilators (down from 290).

All but 10 of the 2,299 new cases found during the previous 24 hours were among the general population. Five prisoners and five new arrivals from other countries also tested positive. 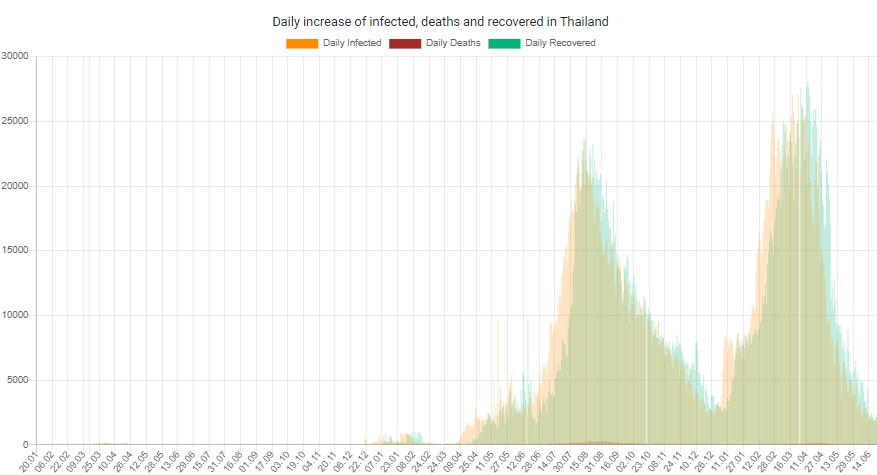 Other central plains provinces further from the capital had four new deaths – two in Chon Buri and one each in Sa Kaeo and Suphan Buri.

The North reported two deaths in Lamphun and Chiang Rai.

The South had no new deaths.

The accumulated death toll stood at 30,543 since the beginning of the pandemic, including 8,845 so far this year. 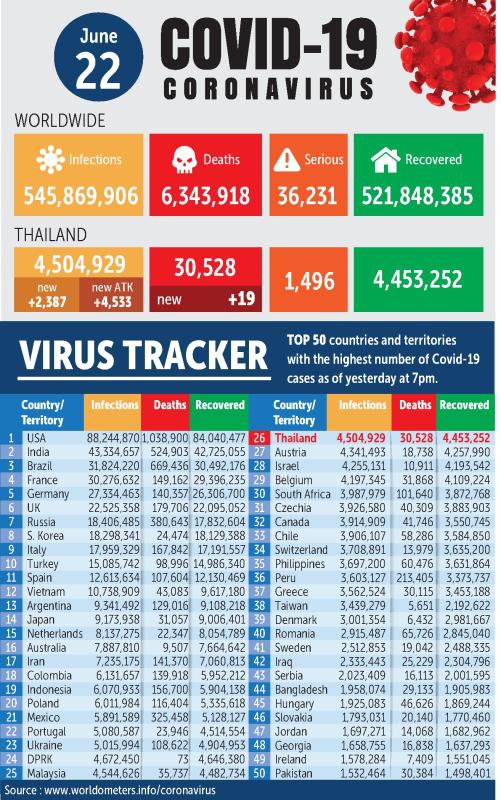