The 17th Pravasi Bharatiya Divas (PBD) is being held on a grand scale in Indore, Madhya Pradesh (MP). 8th January 2023 will be remembered as a historic day in years to come. Indo Thai News is here in Indore to take you through this event.

The 17th PBD has brought together the most influential and motivated Indian diaspora. You experience a positive vibe as you get closer to the venue. The streets are spotless and helpful police officers guide you from miles away.

The event is as grand as it comes. At the entry, you are greeted by captivating performances of a talented team of Dhol Tasha (drummers). Their energetic roars set the vibrant tone of the event.

The morning session was inaugurated by lighting the lamp, followed by a welcome speech by the Hon’ble Minister of Youth Affairs and Sports, Anurag Singh Thakur.

Shivraj Singh Chouhan, the long serving Chief Minister of MP, invited people to experience the quality life in MP— to taste not just its mouth-watering food but the culture too.

Shivraj Chouhan said that the Indian youth is innovating. They have innovative ideas. However, to make a successful innovation, they need to create a roadmap, work hard on the roadmap, learn to sail against the tide and have the courage to take risks. Then only an innovative idea can be converted into a successful venture.

Guest of Honour, Australian Member of Parliament, Ms Zaneta Mascarenhas stressed on the importance of innovation and explained the concept of duality.

She referred to the idea of duality in the realm of ancient wisdom that coexists with modern life, which Ms Zaneta believes to be a unique attribute of the Indian people.

The acceptance of this concept of duality amidst the Indian diaspora has allowed them to mix the features of Indian custom with the best aspects of their adopted country and form a distinctive third culture. 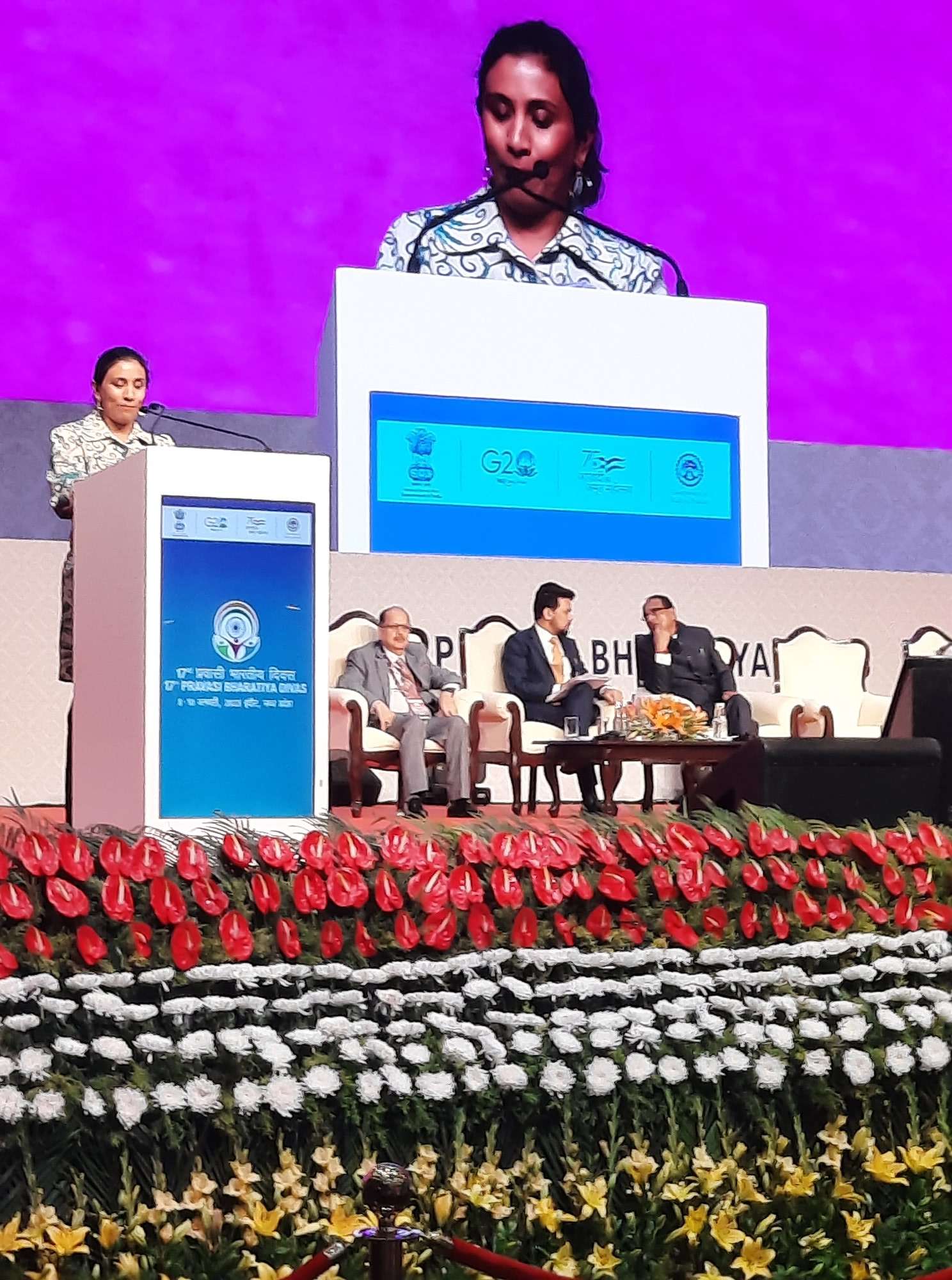 Ms Zaneta Mascarenhas
Following Ms Mascarenhas’ address, Dr S. Jaishankar, one of the most eloquent Indian diplomats and politicians serving as Minister of External Affairs, Government of India, took to the podium.He guided us with his enlightened thoughts which focused on the importance of PBD in maintaining a special connection between the Indian diaspora and their motherland.

Dr Jaishankar spoke about how the bond between India and its diaspora grew more robust during the turbulent time of Covid-19. He highlighted the Vande Bharat and Maitri vaccine initiatives of the Indian government, which were aimed towards helping the Indian diaspora amidst the pandemic. 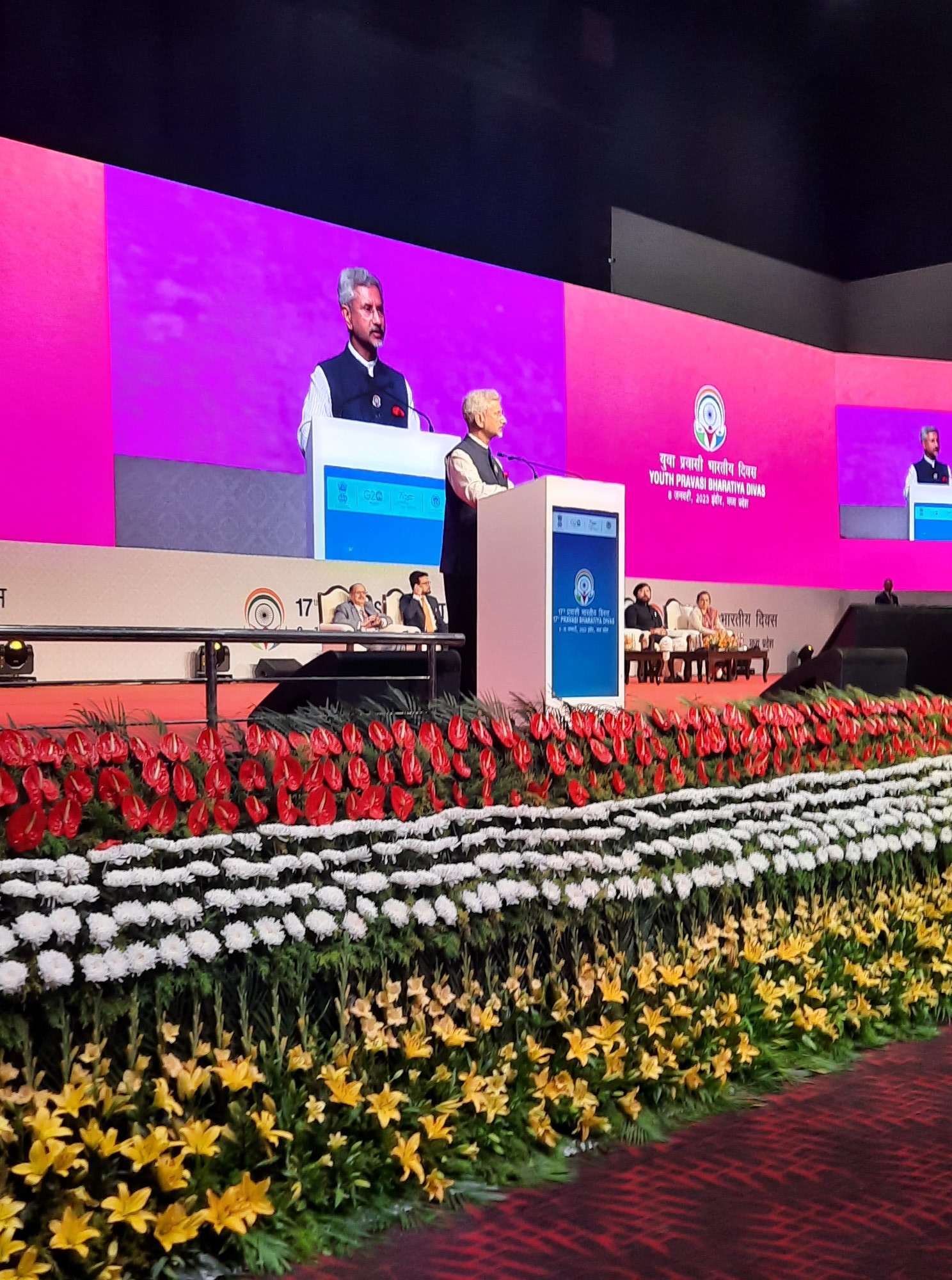 A cheerful thank you note from Ms Meeta R Lochan, Secretary, Department of Youth Affairs, marked the end of the first session.

The 17th PBD offered a flavourful food platter of Indore’s delicious cuisine for attendees to savour. From spicy chaats and piquant bhutte ka kees to succulent kebabs, there was something for everyone.

The flavours of Indore’s famous poha, jalebi, and kachoris will tantalize your taste buds and leave you wanting more.

The Indo Thai News team took the opportunity to indulge in Indore’s culinary delights at PBD 2023.