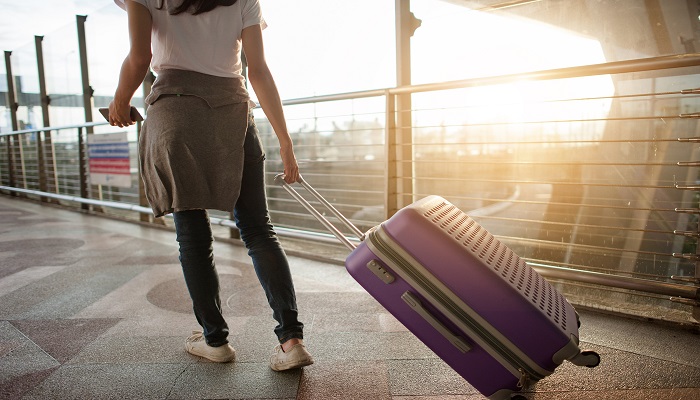 According to the data of the Ministry of Statistics and Program Implementation, more than half of the people traveling alone in the country are women. That is, apparently they are beating men here. In the last few years, the trend of solo travel among women has increased rapidly. Even many agencies have come, who are guiding women on traveling alone and giving safety tips.

65 percent women solo trippers
According to Google Trends, in the year 2017, more than 2 million women searched websites and searched for tips for solo travel. The number of Indian women in this would not have been less. At least this is the trend of women solo travel in the country at the moment.

Nitesh Chauhan, founder of a travel group called ‘Jugni’ in Delhi, says that more women are now seeing solo trippers than men. If we talk about statistics, today 65% ​​of women prefer solo travel. Compared to these, male solo travelers are about 35%.

Why doing solo travel
According to experts, there are many reasons for traveling solo. Many times there are people who go on a trip just to check their inner fear and join a group and travel in a group. They want to see if they can travel with a stranger?

On the other hand, there are some travelers who organize the whole plan alone and go out for a walk. It also has the concept of ‘time alone’, that is, people leave the noise and responsibilities of the world and think of spending time only with themselves for some time. Since women are more involved in responsibilities outside the home, the importance of ‘time alone’ increased for them.

people of all ages involved
Arjun Dogra, owner of Medtrack, an adventure company based in Dharamshala in Himachal, says that everyone wants to spend time with themselves. That’s why people of all ages come here. But for a few years, the demand for women solo travel has increased a lot. People from every state of the country come to our place. Sometimes big actors-actresses also come, who want to be alone.

Now family is also supporting
Pia Bose, founder of the ‘Girls on the Go’ travel group, says that when I started in 2008, people used to say where women travel and at that time women used to travel less. But now with the passage of time women are becoming independent as well as confident. Women of all ages are now being seen in travel and the support of their families is clearly visible in this.

Travel demand after covid
Anuj Jain, owner of the company ‘Wonder Womania’, says that after Corona, the demand for travel suddenly increased. A large number of women made bookings with us. Many women said that during the Corona period we took great care of our family, now is the time to live our own life.