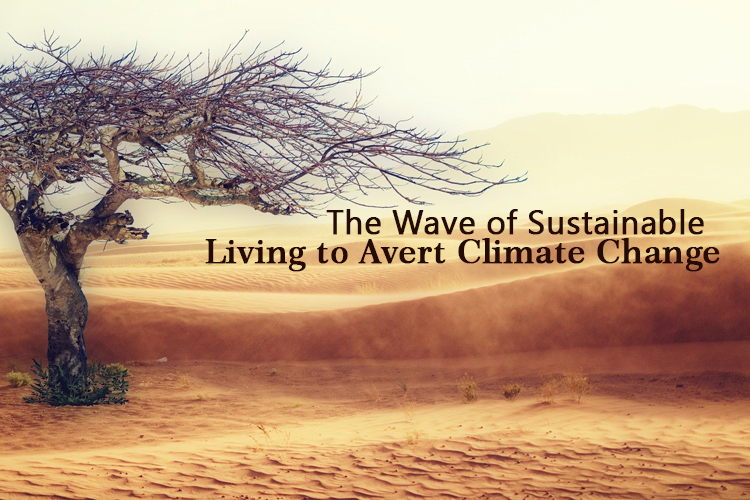 In the past couple of weeks, we all have been hearing how the Australian bushfire has destroyed property, life – human and animals included, and, more importantly, its effects on our environment. The irony in this is that one of the major causes, why the intensity of this bushfire was so high, is the climate change that we all are experiencing. The topic of climate change is a cause of significant concern with eminent personalities all over the world, taking a stand on this issue. The climate change issue got more prominence when Swedish teenager Greta Thunberg started making noise about the environmental issues in front of the Swedish Parliament and went on to give an iconic speech in the United Nations General Assembly.

In the name of development, many atrocities are committed to our planets. Many mangroves have been destroyed and made way to new buildings or roadways. The extensive use of plastic, especially single-use plastic, has created havoc in our environment. Plastic is something that doesn’t dissolve in the soil at all. People are using plastic for almost everything right from package designing, which has given rise to significant problems. The use of pesticides in the agricultural sector is also one of the issues. In countries like Thailand, climate change will adversely affect their economy. The economy of the country is totally dependent on agriculture – Thailand is the largest exporter of rice, tourism, and trade. A rise in temperature, even if it is risen only a degree, the rice crop which actually runs their economy will be utterly ruined. And if the level of the sea increases, even a few centimetres will lead to having a deluge like a situation where the whole city would be destroyed.

The frequent deluge in Mumbai, Kerala, was hit with one of the worst monsoons where half of the state was underwater. The temperature has been soaring with each day gone by, the climate change has also created havoc in the rainfall pattern in India. Climate change is also responsible for the severe calamities we are facing in the name of drought, cyclones, tsunamis. Animal lives are also destroyed due to this, many marine creatures eat the plastic waste dumped into the ocean, which leads to their death. As the water is polluted, marine life is endangered, as these are not the optimum living conditions for them. Thailand, for that matter, is prone to the tsunami, one of the worst tsunamis hit Thailand in the year 2004. This deadly tsunami which took the lives of more two-lakh people was attributed to the impoverished environment management,

How to Solve this Problem of Climate Change

Growth is significant for the economy of the country, but this growth should not happen at the cost of climate. The Government should come up with measures to minimize this problem. The Government is promoting low carbon rural development, which will, in a way, help in curbing the greenhouse gas emission. Thailand’s Government has taken various measures to fight climate change, they have signed the Bangkok declaration on Mitigation of Climate change with the help of 23 private and public organization. Thailand’s Government, have realized their contribution to the carbon emission, has taken an oath that by 2020 the country will be delivering around 35% of its energy with the help of renewable resources. After signing the Bangkok Declaration, the government is promoting various environmental campaigns. In these campaigns, they are promoting the use of fluorescent bulbs, the ways to reduce the daily garbage, propagating planting more trees, and the use of materials that are a better substitute for plastic.

There are a lot of projects wherein the government is encouraging its citizens to use solar energy, which will help in cutting down pollution. The use of plastic is completely banned in India; people seen with plastic bags are fined heavily. This measure of fining people may assist in limiting the use of plastic hence reducing plastic waste. The citizen of the country has been encouraged by the government to recycle and refrain from carrying single-use plastics; they know the adverse effect of this single-use plastic. The Government is promoting the use of renewable energy, which shows a firm commitment by the concerned authorities.

As Greta Thunberg, in her UN speech, said, “You have stolen my dreams and childhood.” This is a powerful statement she made about what the future would be if the climate change issue is not addressed on an urgent basis. Youth are the future of tomorrow. If there is no place where they can grow and sustain, there is no future for them.