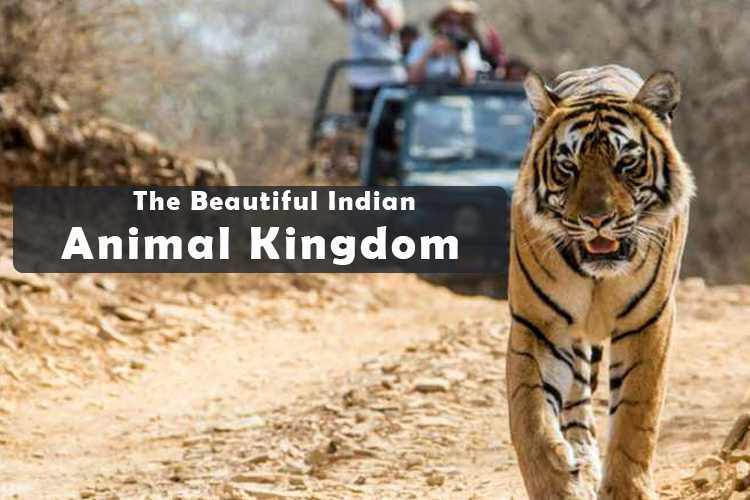 India is one of the most culturally diverse countries in the world. Right from north to south, east to west one will find something different and exotic in every part of this beautiful country. The language, the culture, the customs, the traditions everything differs from place to place. The beauty of this country is that no only the culture but also the animals they are so diverse and exotic. There are many wildlife sanctuaries in India, and few of them are home for exotic animals which are found only in those sanctuaries. Let us find out some of the beautiful exotic Indian animals and where one can spot them.

One of the famous National Park in India. It is located in Golaghat, Nagaon and Biswanath districts of Assam. This national park is a safe home for One-horned Rhinoceros, and this animal was close to extinction as these rhinos were hunted downed for sport or killed. However, with the help of the Indian Government and World Wildlife Fund (WWF) measures has been taken to protect these species from extinction. This exotic animal is usually brownish-grey in colour with a single black horn of approximately 8 to 24 inches.

One of the oldest National Park in the country; located in Nainital District and Pauri Garhwal district of Uttarakhand, this national park is home for many wildlife species. This national park is known for Bengal Tigers which resides in here. Apart from Bengal tiger, this national park has other animals such as barking deer, sambar deer, hog deer and chital, sloth and Himalayan black bears, Indian grey mongoose, otters, yellow-throated martens, Himalayan goral, Indian pangolins, and langur and rhesus macaques.

Ranthambore National Park is also one of the most famous National Park in India. It is located at the Sawai Madhopur district of Rajasthan. There are over 300 species of birds, more than 35 species of mammals and more than 30 species of reptiles can be spotted in this national park. The main attraction of this national park is our national animal Tiger. Besides Tiger one can spot Sloth Bear, Jackal, Striped Hyena, Indian Palm Civet, Common Mongoose, Ruddy Mongoose, Long Eared Hedgehogs, Five Striped Palm Squirrel, Indian Porcupine, Indian Hare, Lesser bandicoot rat or Indian mole-rat, Honeybadger or ratel, Indian Flying Fox, Greater false vampire bat, Indian gerbil.

Bandhavgarh National Park is yet another famous wildlife sanctuary in India. Bandhavgarh National park is located in the Vindhya Hills of the Umaria district in Madhya Pradesh. This wildlife sanctuary boasts of more than 20 species of mammals and over 200 species of birds. Amongst the mammals the Asiatic Jackal, Bengal Fox, Sloth Bear, Ratel, Grey Mongoose, Striped Hyena, Jungle Cat, Leopard and Tiger. The artiodactyls frequently sighted are Wild Pigs, Spotted Deer, Sambar, Chau Singha, Nilgai, Chinkara and Gaur. Mammals such as Dhole, the small Indian Civet, Palm Squirrel and Lesser Bandicoot Rat are seen occasionally.

Periyar National Park is one of the beautiful national parks located in the southern part of India. It is set in the middle of Cardamom and Pandalam Hills of the Western Ghats in Kerala. This national park is home for a large number of tigers and elephants. The main mammals that can be seen in the Periyar National Park are Tiger. Along with Tiger, one can spot Elephant, Sambar, barking deer, Mouse Deer, Indian wild dog, Gaur, Otter, Nilgiri Tahr, Wild Pigs, Nilgiri Langur, Common Langur, Bonnet Macaque, Malabar Giant Squirrel, Striped-necked Mongoose, Sloth Bear, Travancore flying squirrel and Rare lion-tailed macaque.

India has a lot of wildlife sanctuary which people can enjoy as a part of an adventure trip with family and friends. Although we all love visiting these national parks, one should be aware of the fact that these national parks are home for these birds, animals and reptiles. Therefore, one should be careful and make sure that the surrounding is not destroyed by negligence. These surroundings are their home and the natural habitat that they live in, one should make sure that their home is not messed up by the tourists while visiting them.