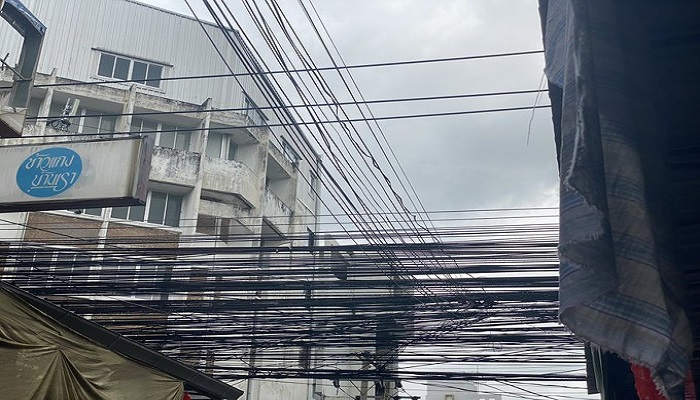 Thailand’s Prime Minister General Prayut Chan-o-cha has ordered the Office of the National Broadcasting and Telecommunications Commission (NBTC) to expedite its work on underground power and communication lines, which include many of the country’s main roads and telecommunications.

In fact Hollywood actor Russell Crowe was in Thailand for one of his films, during which he saw a blockage of underground electrical and communication lines everywhere and shared a picture on Twitter that he captioned “Bangkok Dreaming” of the starry sky. The post garnered so much attention that people even started sharing their own pictures of Thailand’s wiring, which were too disorganized and disorganized.

Following the post, Thailand’s Metropolitan Electrical Authority investigated whether the wires were under its jurisdiction and issued a statement saying the wires in Crowe’s photo were communication lines, not electricity. The MEA said the authority is concerned about safety and asked the public to report if they see damaged power lines or are not in a safe condition. After which the Prime Minister has given this order to the National Broadcasting and Telecommunications Commission.