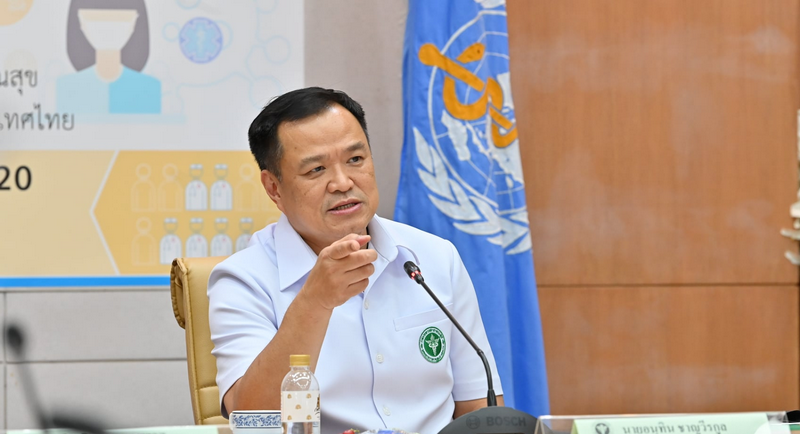 As a result of a rapid antigen test conducted upon his arrival back from Paris on Sunday, Minister Charnvirakul tested positive for COVID-19, despite having already received six doses of the vaccine, the last one on June 13th.

Public Health Permanent Secretary Dr. Kiattibhoom says the minister’s illness won’t hinder the government’s plans to welcome more overseas immigrants. Moreover, he said the minister was experiencing only mild symptoms and is not in need of hospitalization. It has been suggested that he self-isolates starting today, June 28.

It is possible that the minister was infected with the virus on his overseas trip, having met and spoken with many people. On June 19-21, he participated in the 170th General Assembly of the Bureau International des Expositions in Paris and then attended the UNAIDS executive committee meeting from June 21-24 in Geneva.

The mask mandate was lifted last week, and now masks are voluntary to wear. People deemed to be at high risk are still urged to wear them. They should also be worn in places with poor ventilation.