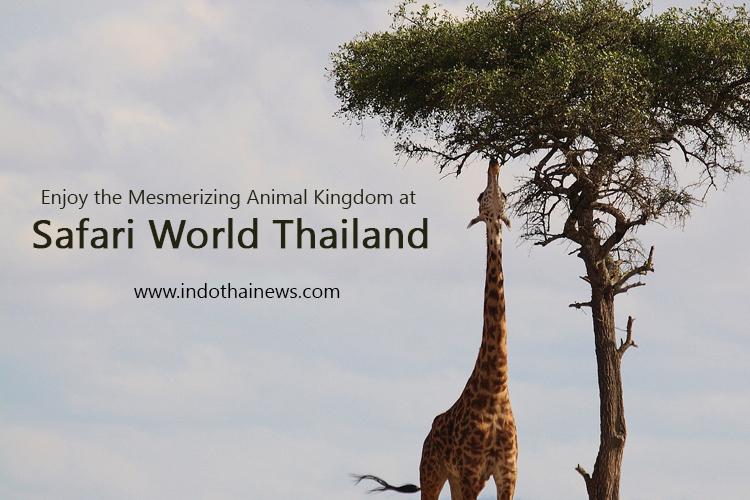 Thailand, or the Kingdom of Thailand (the official name of the country), is the most famous international destination of all. Most people start their first international vacation by going to Thailand. This country, located in the southern part of Asia, is popularly known for its beaches, the lip-smacking food, the breath-taking temples, and martial arts. Bangkok and Phuket are amongst the most famous places in Thailand that everyone visits. We, a group of four people like any other group, decided to go to our first international vacation to Bangkok. Having researched the place thoroughly, all booked our tickets, which were not that costly as compared to other international destinations.

Once we reached Bangkok and freshened up after reaching our hotel, we all went to explore Khao San Road, the most famous place in Bangkok. In the next few days, we explored the city and was mesmerized by the sheer beauty of it. The temples, their art form, the food, the nightlife everything was worth seeing. But one thing which stood out personally for me was the Safari World. Yes, it does sound weird that in Bangkok of all the things to see, I liked Safari World the most, but then I have the reasons for it, which is explained in the paragraphs to follow. In Safari World constitutes of two themes namely Safari Park and Marine Park

The Safari Park is one of the main attractions of Safari World. This Safari Park stretches almost eight kilometers of area. The whole tour of Safari Park took us around 45 minutes. This Safari Park boasts of more than 70 mammals and 300 types of birds from all around the world. We were mesmerized by spotting various animals in their natural habitat. While touring the Safari Park, I forgot about the fact that I am in a Bangkok zoo, that’s how they have taken care of the animals in the Safari Park. One of the main features of this Safari Park tour is that we were able to feed the animals; it was scary and exciting at the same time. We feed the cub (Yes, the cub!!), giraffes, the swan, the fishes to name a few animals whom we fed. The feeling of seeing these majestic and beautiful animals made me happy and overwhelmed.

Marine Park is the second theme comprising in the Safari World. The coolest thing which I loved was the Egg Island. This part of the tour was so informative and amazing. I was awestruck while taking the tour of the display of the eggs of all kinds of birds. The other attraction in Marine Park is the various shows where animals take center stage. The shows like the dolphin show, the show with the elephants, the orangutan boxing show, the sea lion show is some of the main attractions of the Marine Park. We thoroughly enjoyed each one of the shows, especially the dolphin show, and the orangutan boxing show. Where the cute looking dolphins keep the audience entertained by their antics while the orangutan boxing show left everyone in splits with their hilarious movements,

Although the other attractions like the Jungle Cruise, The Cowboy Stunt Show, Spy is worth a mention, I personally fell in love with the Jungle Walk. This experience for me was unforgettable; in this, you can take a stroll through a simulated jungle. Although it is a manmade jungle, they have taken care to make this an authentic experience of being inside the jungle. Like the real jungle, this one is also dense, and we were instructed to follow the signs inside the jungle so that we won’t get lost. It was like taking one of the amazing adventures. Wow!! What an experience.

Being a person who loves animals, this place was heaven for me. Bangkok is notorious for the bachelor parties and the nightlife it offers. But this place is more than that; visiting Safari World was one of a kind experience for me. The most unforgettable part of the entire trip was this place. And I know from now on whenever I go to Bangkok again, I would revisit Safari World without fail even if my friends refuse to accompany me. And if someone asks me to suggest places to visit in Bangkok, Safari World would always be the place I would recommend them as one of the never to miss the place in Bangkok. The Safari World can be one of the family trips as well as a trip with your friend.