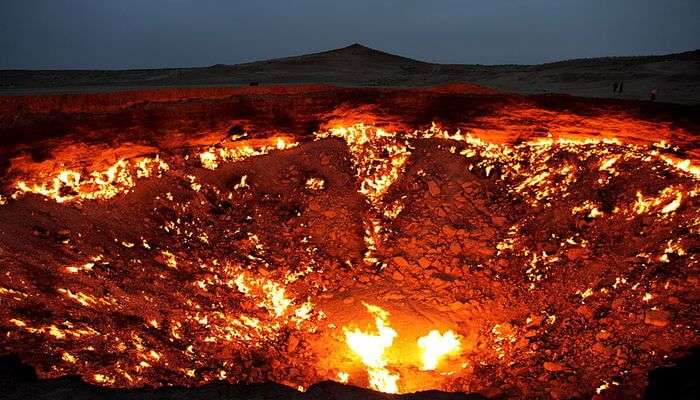 There are many such places in the world which are very beautiful. one in the world. There are more than one wonders, tourist places, mountains, natural beauty and beaches. But do you know that there are some places in the world which you can consider as tourist places, but these places are very dangerous. Because of this, most people shy away from visiting these places. One such dangerous place is in America, which is known as ‘Death Valley’. It is considered to be the hottest part of the earth. It is said that in the scorching sun and heat of Death Valley, hardly a person can survive for more than 14 hours without drinking water. However, despite this, a large number of tourists come here to visit.

Danakil Depression
This place falling in the Afar region of Ethiopia is one of the hottest places in the world. Although a part of it also comes from Eritrea. Molten lava is spread over a large area here. Actually, there are many volcanoes in this entire area, which are active. You can get to see the melting lava in the pits here and there.

Mount Washington
It is considered one of the most dangerous places in the world. Mount Washington, located at an altitude of about 1,917 meters, has winds of 327 kilometers per hour and along with this the temperature here also drops to minus 40 degrees. Because of this, very few people come here to visit.

Madidi National Park
Madidi National Park located in Bolivia looks very beautiful at first sight, but in reality this place is very dangerous. The world’s most poisonous creatures live here. Not only this, the plants growing in this park are also dangerous, in contact with which you can have problems like severe itching, rash and dizziness.

Natron Lake
Natron Lake, located in Tanzania, is considered one of the most dangerous places in the world. It is said that there is a layer of alkali salt on the surface of this lake, which is very dangerous. All living beings die by coming in contact with it. That is why tourists are strictly forbidden to swim here.