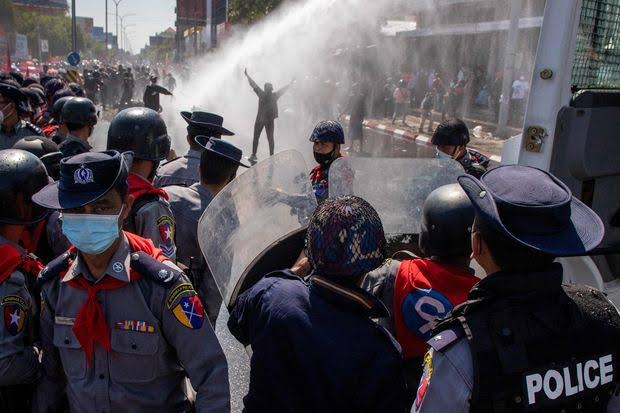 Plan To Cover 25 Crore By Next July

Protests have continued in Myanmar since the coup and the country’s supreme leader Aung San Suu Kyi was arrested. In Myanmar, the police opened fire on people demonstrating demanding the restoration of democracy on Sunday. It killed 18 people, while more than 30 were reported injured. Earlier on February 20, 3 people were killed in the firing. They also included a woman. Myanmar ambassador to the United Nations (UN) Ky Mo Mo Tun was weeping at the event. Tun appealed to the UN to take stern action against Myanmar’s military rule and demanded that the democratic system be restored immediately. Myanmar’s military regime has sacked its ambassador, who voiced against the military in the UN.