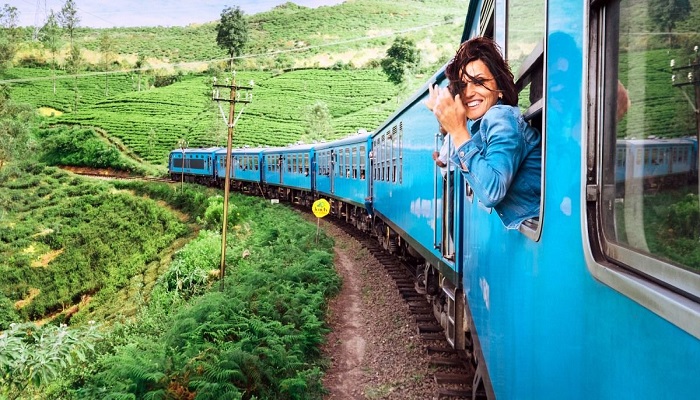 A lot of things come to our mind while traveling by train natural scenery, rivers, mountains, forests etc. We feel thrilled seeing all these scenes, But have you ever traveled on such a train route which is very dangerous. There are many such train routes in the world, where there is a danger of death every moment. Let us know about those train routes.

Chennai-Rameswaram Train Route, India
Chennai – Rameswaram route is the most dangerous train route in India. This route was inaugurated in 1914. This route crosses a section of 2065 meters running over the sea. The Chennai-Rameswaram train route is built on the Pamban bridge, which is the most dangerous railway bridge in the world. When the water level rises, this train passes by tearing the water. However, the view around it is very beautiful. The water all around makes this route more thrilling and scary too.

The most dangerous aspect of the Chennai-Rameswaram route is the 1964 Pamban bridge train accident. The cyclone had devastated the town of Dhanushkodi, located on the eastern side of Pamban, and a train was also washed away from the same bridge.

Argo Gede Train Railroad, Indonesia
This train track is located in Jakarta, the capital of Indonesia. This train runs between Jakarta and Bandung. During this three-hour journey between the two cities, you will get to see beautiful valleys, tea gardens and mountains. However, the journey turns scary when the train passes through the sky-high Sikurutug Torna Trestle Bridge.

The bridge on which this train passes has no enclosure on either side, which makes it extremely dangerous.

Since this train passes through the volcanic region, there is always the fear of the volcano erupting. This volcano has burnt many beautiful places to ashes. Also, while traveling on this train route, you can easily see the lava burning near this railway track.