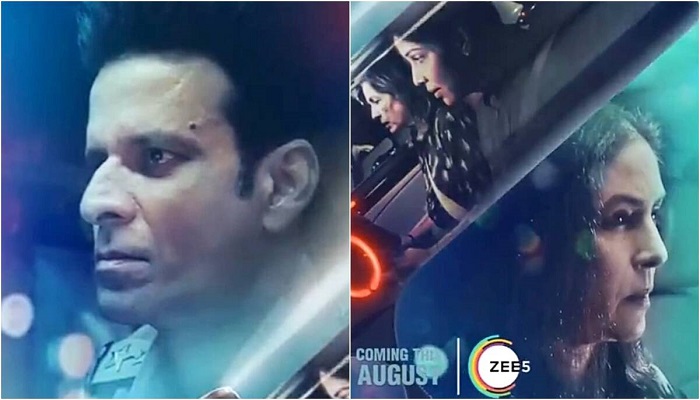 The trailer of ‘Dial 100’ begins with Manoj Bajpayee’s character Nikhil Sood. Like every day, Nikhil has a night shift in the control room and then he gets a call which takes him by surprise. As he struggles to understand the strange nature of the call, he finds himself in a precarious position.

This situation is related to one’s life and death. His wife and son are taken hostage by Neena Gupta’s troubled character Seema Palwa. She looks very upset and intense. Seema Palwa has lost her child and for some reason she blames the call operator for any mishap that happened to her.

Interestingly, the trailer also shows that the phone call received by Nikhal Sood is related to his past. Not only this, it is also revealed that this phone call was being made from the emergency call center itself. There is no doubt that the trailer is interesting. How the rest of the film will be and how much it will be able to entertain the audience, it can be said only after its release.

Seeing the trailer of the film, it seems that its plot has been taken in the year 2013, Halle Berry’s psychological thriller ‘The Call’. Talking about ‘Dial 100’, Manoj Bajpayee said in a statement, “It is a unique film with lots of twists and turns that will keep the audience hooked till the end.”

Manoj Bajpayee further said, “I am feeling a lot of excitement and interest. Dial 100 was an experience for me, and I am sure the audience will feel the same after watching it.” The film will be released on August 6 on the OTT platform Zee5.