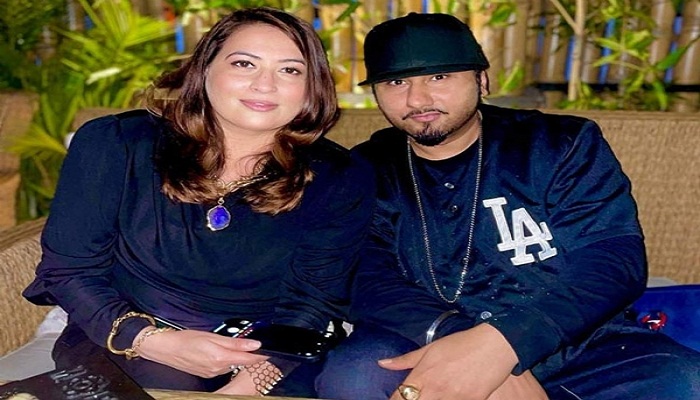 Bollywood singer Yo Yo Honey Singh’s wife Shalini Talwar has filed a complaint against the ‘Blue Eyes’ hitmaker, accusing him of domestic violence. Shalini filed a plea against Honey Singh alias Hirdesh Singh under the Protection of Women from Domestic Violence Act at Delhi’s Tiz Hazari Court. The case against the singer was registered on Tuesday (August 3).

Shalini has levelled serious allegations against her husband including domestic violence, mental harassment and financial fraud. Tis Hazari Court has issued a notice to Singh, seeking his response over the case. The Court asked him to file his reply in the case by August 28, according to ANI.

“Case filed against Bollywood singer & actor ‘Yo Yo Honey Singh (Hirdesh Singh) by his wife Shalini Talwar under the Protection of Women from Domestic Violence Act. Delhi’s Tis Hazari Court has issued notice to the singer and sought his response over it,” a tweet on ANI’s Twitter handle read.

Honey and Shalini got hitched in an intimate ceremony in 2011. The singer had introduced his wife during an episode of ‘India’s Raw Star’ in 2014. Very few people were aware that the ‘Desi Kalakaar’ singer was a married man.

Earlier this year, Honey and Shalini celebrated their tenth wedding anniversary. Shalini had shared a throwback snap to wish her husband on their special day. The ‘Angrezi Beat’ singer had posted photos from their celebrations on social media, requesting the fans for blessings.

In late 2014, Honey Singh went missing from the music scene, leaving his fans worried. Tinsel town celebs and fans extended support to him after Singh revealed that he suffered from bipolar disorder.

On the professional front, Honey Singh has a couple of music videos lined-up for release. His last release ‘Saiyaan Ji’ proved to be a massive hit amongst the youngsters.