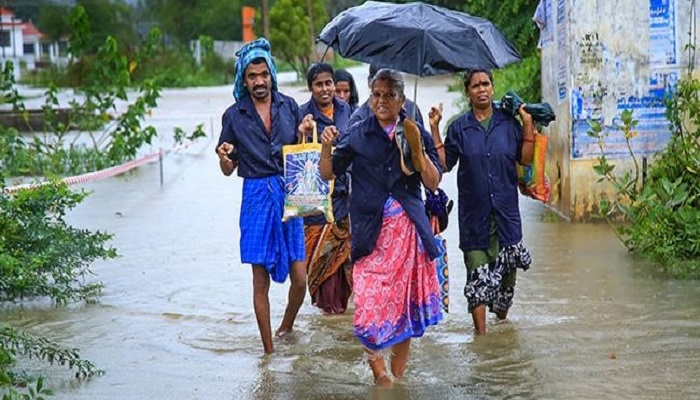 Heavy rain and water logging occurred on Friday in many areas, including the Kochi city of Kerala. High waves also arose in the sea and fishermen were advised not to go into the sea. Normal life has come to a standstill due to heavy rains. Water entered houses in many areas including Chellanam, Kannamali, Manesari. This caused a lot of trouble for the people. Due to heavy rains in Kerala, four gates of Bhoothathankettu dam have to be opened in Ernakulam district to release water.

According to the Meteorological Department, a low-pressure area has formed over Lakshadweep and adjoining south of Arabia, it may take the form of cyclonic storm Tau Te on Saturday, 15 May. It is likely to move towards the north and become stronger.

heavy rains may occur from Konkan and Goa apart from the interior parts of Lakshadweep, Kerala, Karnataka and Tamil Nadu in the next 24 hours. Light to moderate rains may occur over Assam, Meghalaya, Arunachal Pradesh and Central Maharashtra. Heavy rains have also been feared at one or two places.