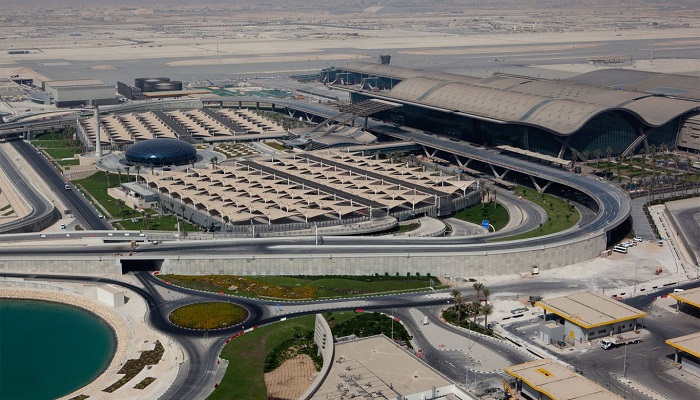 People who love to travel never stay in one place, rather they spend most of their time traveling. Sometimes people go to some place of the country, sometimes to some place abroad. Where on one hand people travel in the country by their car, bus, train or domestic flight, on the other hand people have to use international flight to go abroad. For this, you have to go to the airport on time, and after several security checks, you are able to fly from the airport. There are many airports in the world from where international flights go. But have you ever flown from Hamad International Airport in Doha, the capital of Qatar? Have you ever been to this airport? Let us tell you some special things about this luxurious airport

Actually, Hamad International Airport has been declared as the best airport in the world. Over the years, this airport has achieved many milestones, one of which is that it has carved a niche for itself by removing the Changi Airport of Singapore from the top. Hamad has been ranked first in the annual ranking of Skytrax under the World Airport Awards. At the same time, Changi Airport has already moved to the third place.

Qatar Airways is the hand behind taking Hamad International Airport to this point. The government had invested heavily in both the national carrier and the airport, and it is as a result of this that it is at the first position today.

The entry and exit gates of this airport have been made in a very grand manner. There is also a lot of peace here and there is not much noise and noise to be seen. There is a separate place for the people of Islam to pray, where there is no noise of any kind. There is no special announcement to ensure that no one gets hurt. It is so quiet that you can clearly hear the sound of a needle falling here at times.