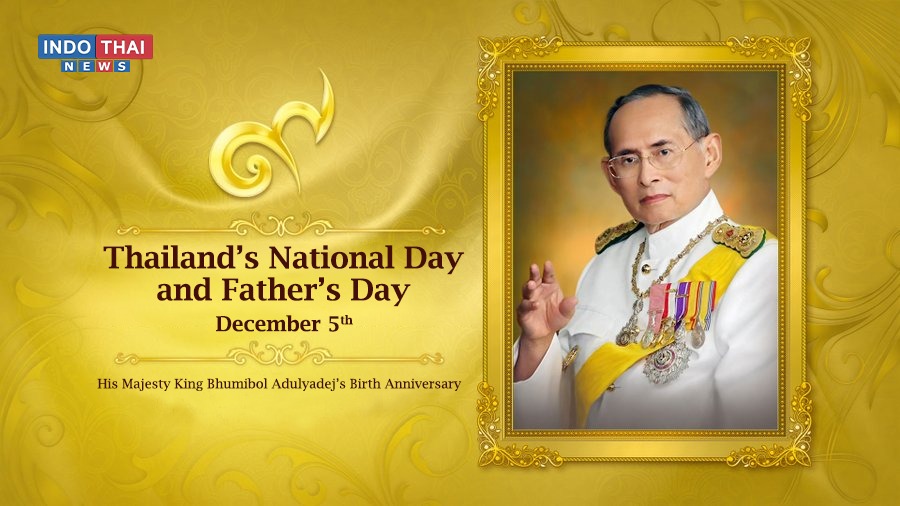 In Thailand, December 5 is celebrated as a very special day. It has been declared as the country’s National Day by the Thai government. This day is also celebrated as the birth anniversary of the late King Bhumibol Adulyadej of Thailand remembered for his people friendly approach. The day is named as Father’s Day of Thailand.

King Bhumibol known as Rama IX ruled Thailand from 9th June 1946 until his death on 13 October 2016. He was the longest reigning monarch in the history of Thailand. Bhumibol also made several decisive interventions in the Thai political arena and is credited with helping to facilitate Thailand’s transition to democracy in the 1990s. King Bhumibol was the king who ruled in the hearts of the people of Thailand. To know the sufferings of the people, he used to travel very long distances in his kingdom and meet his people.

How is it Celebrated?

On this day, flags and portraits of the late king are displayed on buildings throughout Thailand. This day is a public holiday in Thailand. All schools and most businesses are closed on this day. In the evening, the roads around Ratchadamnoin and Sanam Luang are closed to traffic and many people come to watch the celebratory fireworks.