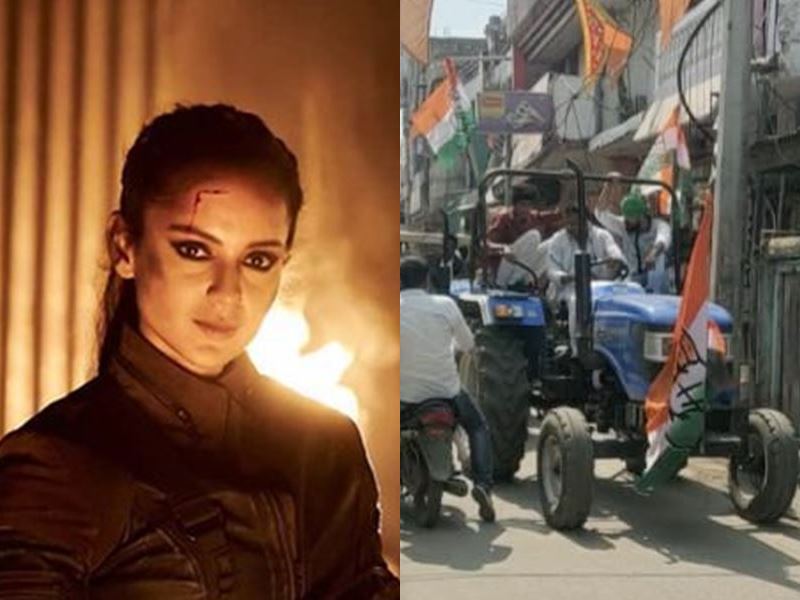 There was a lot of uproar during the shooting of actress Kangana Ranot in Betul district of Madhya Pradesh. Congressmen demonstrated at the main gate of the coal handling plant and broke barricades. After this, the police fiercely nosed sticks. Many workers were injured in this. Congress workers were demanding an apology from Kangana on the tweet, in which he had described the farmers as terrorists.

Kangana was at the Churna Rest House during the uproar. The police refused them before coming here. It will also be performed further. The Congress also threatened to stop the shooting at Sarni. After this, the police had tightened security on the instructions of the Home Minister.

After lathicharge on the Congressmen, District President of Congress IT Cell Bhushan Kanti has given an ultimatum to the administration. He said that an FIR should be lodged against actress Kangana Ranot within 48 hours, else a violent agitation will be organized again.