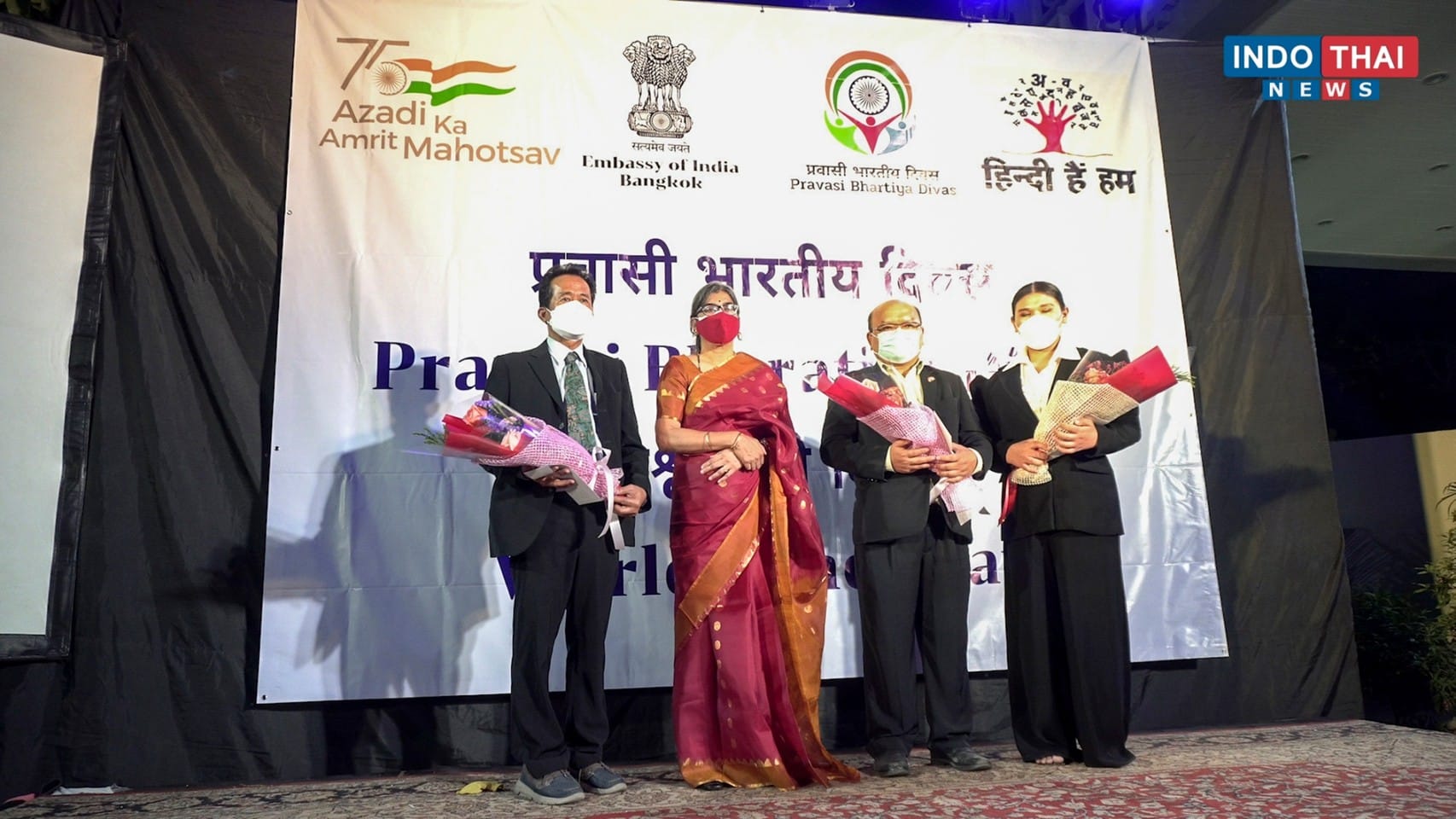 The Government of India celebrates Azadi Ka Amrit Mahotsav (AKAM) in recognition of 75 years of independence. The event was held in compliance with strict COVID-19 protocols. Prominent Indian diaspora members and academics were present. Ambassador of India to Thailand H.E. Ms. Suchitra Durai inaugurated the event. She honored the prominent members of the Indian diaspora and Pravasi Bharatiya for promoting ties between India and Thailand. The Ambassador also provided updates on the Indian Government’s people-centric initiatives, welfare schemes, and COVID-19 updates.

The event included a speech of the young entrepreneur Mr. Sulabh Dhanuka on the contributions of NRI’s to India. Swami Vivekananda Cultural Centre Thai students presented a skit and a dance named “Bharat darshan”. Members of the Indian Association of Thailand also presented bhajan. A video clip of Minister of State H.E. Mr. V. Muraleedharan during the Youth PBD conference was shown. The topic of the speech was “Role of Diaspora Youth in AKAM – Innovation and New Technologies”. There was also a photo exhibition that was organized in honor of Mahatma Gandhi.

74th Republic Day 2023: Reflecting on the Themes of Unity and Progress