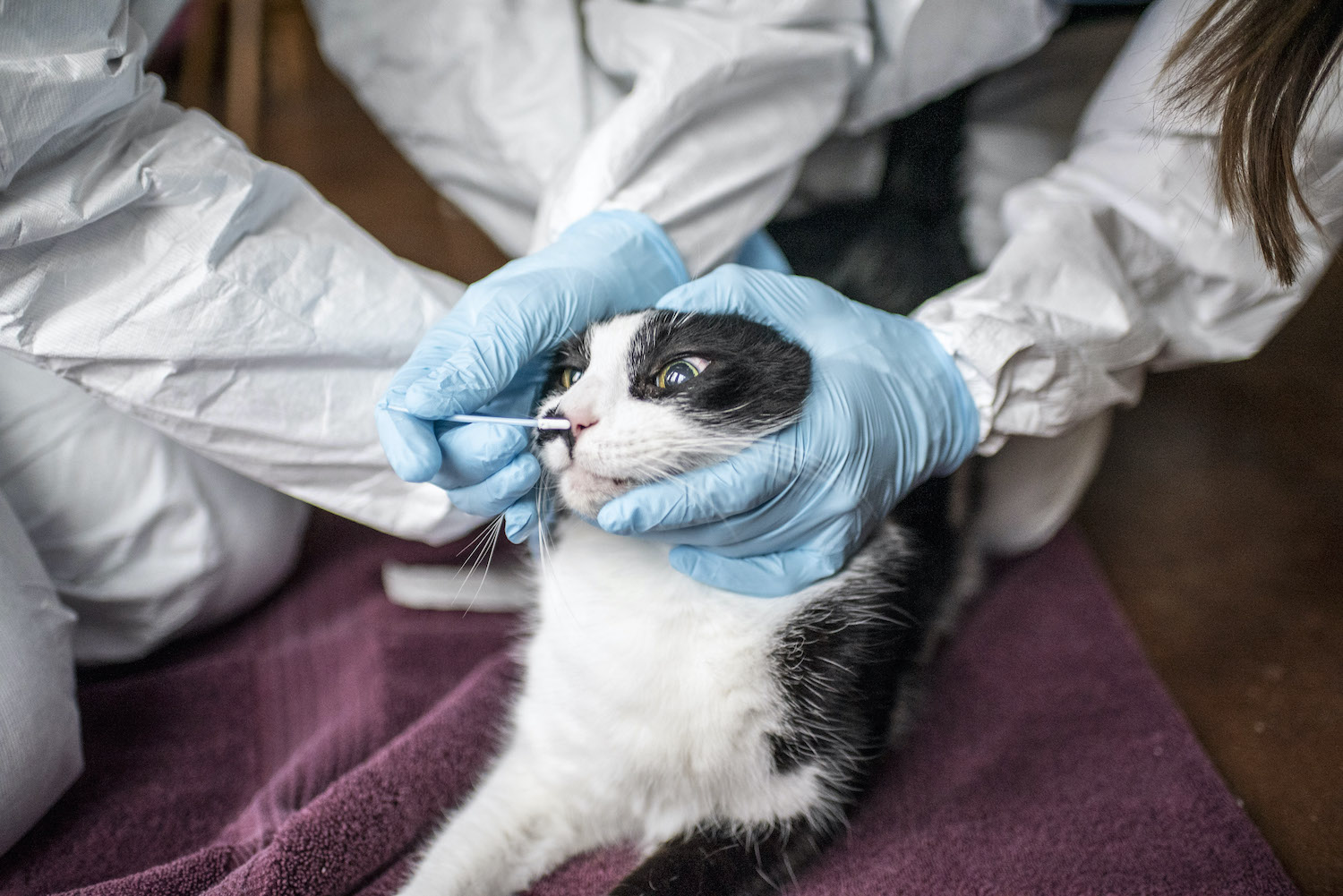 A veterinarian in southern Thailand likely contracted the coronavirus from an infected pet cat last year, researchers concluded in a new study. It is the first documented case of suspected cat-to-human transmission, although experts stress that the risk of cats infecting humans with the virus remains low overall.

One of the cat’s two owners, who both had Covid-19, probably passed the virus to the cat, which then sneezed in the veterinarian’s face, according to a research paper written by scientists at Prince of Songkla University. Genomic sequencing confirmed that the cat and all three people were infected with an identical version of the virus, which was not widespread in the local population at the time.

Cats are far more likely to catch the virus from people than to transmit it to them, scientists say. But the case is a reminder that people who are infected with the virus should take precautions around their pets — and that veterinarians and shelter workers who may come into contact with infected animals should do the same, said Dr Scott Weese, an infectious diseases veterinarian at the University of Guelph in Ontario, Canada.

“When things become human diseases, we too often forget everything else,” he said. “I think it’s important for us to recognise this virus still can move between species.”

Previous research has shown that pet owners can infect their cats and that, in certain conditions, cats can transmit the virus to each other. But it has been difficult to prove that cat-to-human transmission happens in natural settings. (Mink, hamsters and deer have been reported to spread the virus to humans.)
The new paper appeared this week in the journal Emerging Infectious Diseases, which is published by the US Centers for Disease Control and Prevention. It makes a strong case for cat-to-human transmission, Dr Weese said: “They’ve got a pretty good story here.”
On Aug 4 last year, a father and son in Bangkok developed symptoms of Covid-19 and subsequently tested positive for the virus. Because of a shortage of hospital beds in Bangkok, the two men were transported on Aug 8 to a hospital in Songkhla via a 20-hour ambulance ride. For reasons that are unclear, they brought their pet cat.

When the men were admitted to the hospital, the cat was sent to a veterinary hospital for an exam. Although the cat appeared to be healthy, the veterinarian, a 32-year-old woman, collected nasal and rectal swabs, which tested positive for the virus. While the veterinarian was swabbing the cat’s nose, the animal sneezed in her face. (The veterinarian was wearing gloves and a mask but no face shield or eye protection.)

On Aug 13, the veterinarian developed Covid symptoms, including a fever and a cough. Shortly thereafter, she tested positive for the virus.

Genomic sequencing revealed that the cat’s owners, the cat and the veterinarian were all infected with the same version of the delta variant, which was distinct from viral samples taken from other patients in Songkhla at the time.

PCR testing suggests that the cat had a high viral load at the time of its veterinary exam. None of the veterinarian’s close contacts are known to have had Covid-19 at the time, and she had no prior encounters with the pet’s owners, adding support to the theory that the cat was the source of the veterinarian’s infection. (It was not clear whether she met with the owners later.)

The CDC recommends that people who are infected with the virus avoid contact with their pets. “If you’re trying to stay away from people because you’re potentially infectious,” Dr Weese said, “just try to stay away from animals at the same time.”

Enjoy The Bling Of Jewelry By Avicia At JCK, 2022