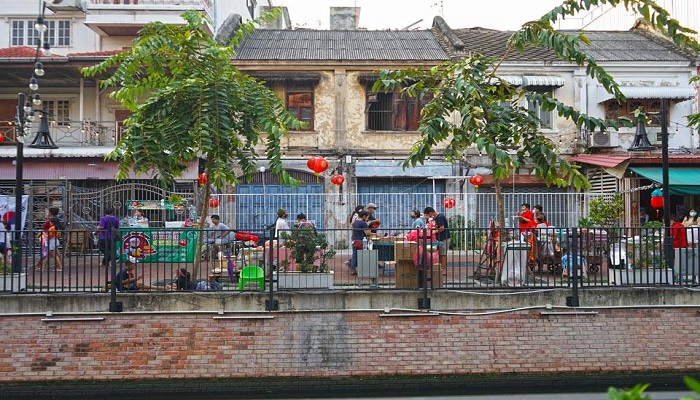 To promote tourism and trade, the Bangkok Metropolitan Administration (BMA) is planning to convert Khlong Chong Nonsi into Bangkok’s longest park, so that it can be developed into a new tourist attraction by April next year. The Chong Nonsi Canal Park project was launched by the Governor of Bangkok in November 2021. The Khlong Chong Nonsi Canal extends from Suravong Road to the Chao Phraya River. It covers a distance of 4.1 km through Bang Rak, Sathon and Yanawa Districts.

The project is divided into several phases, which include the removal of garbage and debris from the canal, cleaning and landscaping of the surrounding areas. Nearby buildings have been ordered not to release any waste water into the canal.

Under this new project, BMA will design new walkways along the canal for the convenience of the pedestrians and for better visual performance. The entire project is planned by City Hall as donations by private companies and retail stores in the area, or will be constructed using BMA’s budget, rather than providing cash to the BMA.

The construction of the new walkway is expected to be completed by April next year. This construction will help improve the livelihood of Bangkok residents.