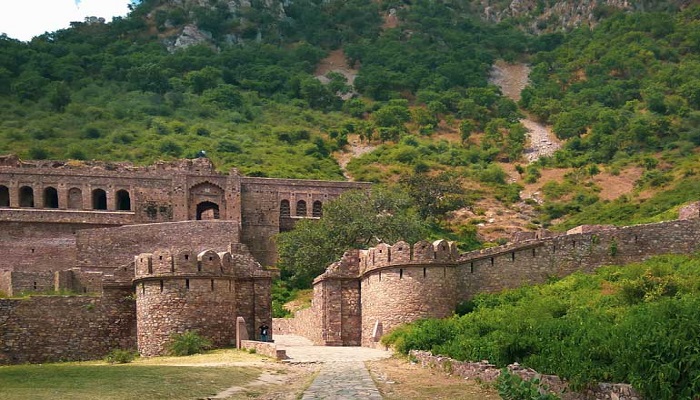 Bhangarh is famous all over the world for its historical architecture. Along with this, this fort is also known for unsolved mysteries. It is strictly forbidden by the government to visit Bhangarh Fort after sunset. Many stories are heard and read about Bhangarh Fort. So let’s tell you the mysterious things.

There are many stories associated with the fort of Bhangarh, of which the two most prevalent are

There was a king named Madho Singh, who wanted to get a magnificent fort built. There was a sage named Bala Nath, who lived in the area where the king wanted to build his fort. The sage ordered the king to build his fort in such a way that even his shadow does not fall on his (sage) house. If this happened, the entire city along with the fort would be destroyed and turned into ruins. Adhering to this condition, Madho Singh had built Bhangarh Fort, but the successors had built a fort-captive, that is, a wall around the fort, due to which the shadow of the fort fell on the sage’s house. The prophecy of the sage proved to be true, as a result everything got ruined and the fort of Bhangarh turned into ruins.

The second story revolves around a beautiful Indian princess Ratnavati, who was the princess of Bhangarh. A local magician falls in love with the princess, who later causes the fort’s disaster and annihilation. Once the magician made a trick to control the princess with enticing cosmetics (perfume), but somehow the princess came to know about the whole conspiracy of that magician. As a result of which the princess threw that perfume on a big stone and it is believed that the magician died due to black magic in it. Before taking his last breath, that black magician had given a curse to Bhangarh that no person of Bhangarh would be able to live peacefully and the whole city would be destroyed. Since then the entire landscape there has been haunted.

There lived a beautiful princess named Ratnavati in Bhangarh. And on this beauty a tantrik was fascinated, one day the princess sent the maid to bring oil and the tantrik had done magic in the oil bottle. When the princess found the bottle, the princess came to know that there was magic in the oil. So the princess asked the maid to throw the oil bottle away. The tantrik had done such a magic, that the person who applied this oil fell in love with him, the maid dropped the oil in the stone, then he turned towards the magician and thought that the princess was coming sitting on the stone. So he ordered her to get down on his chest. Later he saw that he had been cheated. So he gave Bhangarh the wine of destruction. Thus all the people living there were killed.

It is forbidden by the administration to stay in Bhangarh Fort after sunset. A sign board has also been put up by the Archaeological Survey of India (ASI) for the ban on stopping after sunset and before sunrise. Locals say that if someone somehow enters the Bhangarh fort after sunset, he does not return to tell the story of the night. It is believed that evil spirits wander in the fort.