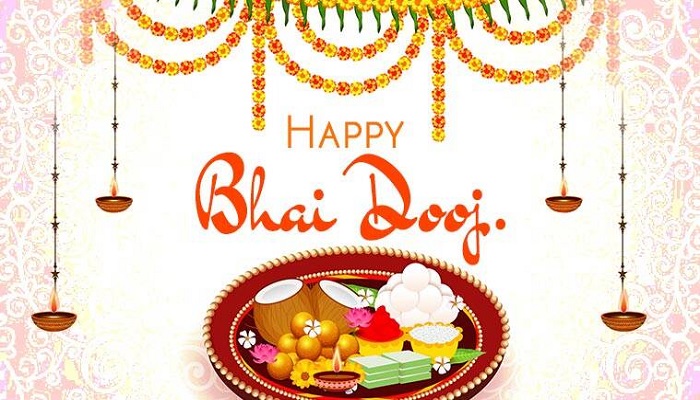 The festival of Diwali ends on the day of Bhai Dooj. According to the Hindu calendar, the festival of Bhai Dooj is celebrated on the second day of Shukla Paksha of Kartik month, Bhai Dooj is also known as Yama Dwitiya. On this day, there is a law to worship the god of death, Yamraj and his sister Yamuna.

Mythology of Bhai Dooj
According to the legend, Dharmaraja Yama and Yamuna were the children of Lord Surya and his wife Sandhya. But Sandhya Devi could not bear the brilliance of Lord Sun and left Yamraj and Yamuna and went to her maternal home. But she left the replica shadow in her place with Lord Surya. Yamraj and Yamuna were deprived of the love of their mother due to not being the children of Chhaya, but there was a lot of love between the two brothers and sisters. After the marriage of Yumna, Dharmaraja reached his house on the day of Yama Dwitiya on the call of Yama sister. In the joy of his brother’s arrival, Yamuna ji gave his brother a lot of hospitality. Yamraj was worshiped by applying tilak. Since then the festival of Bhai Dooj is celebrated every year on the second day of Shukla Paksha of Kartik month.