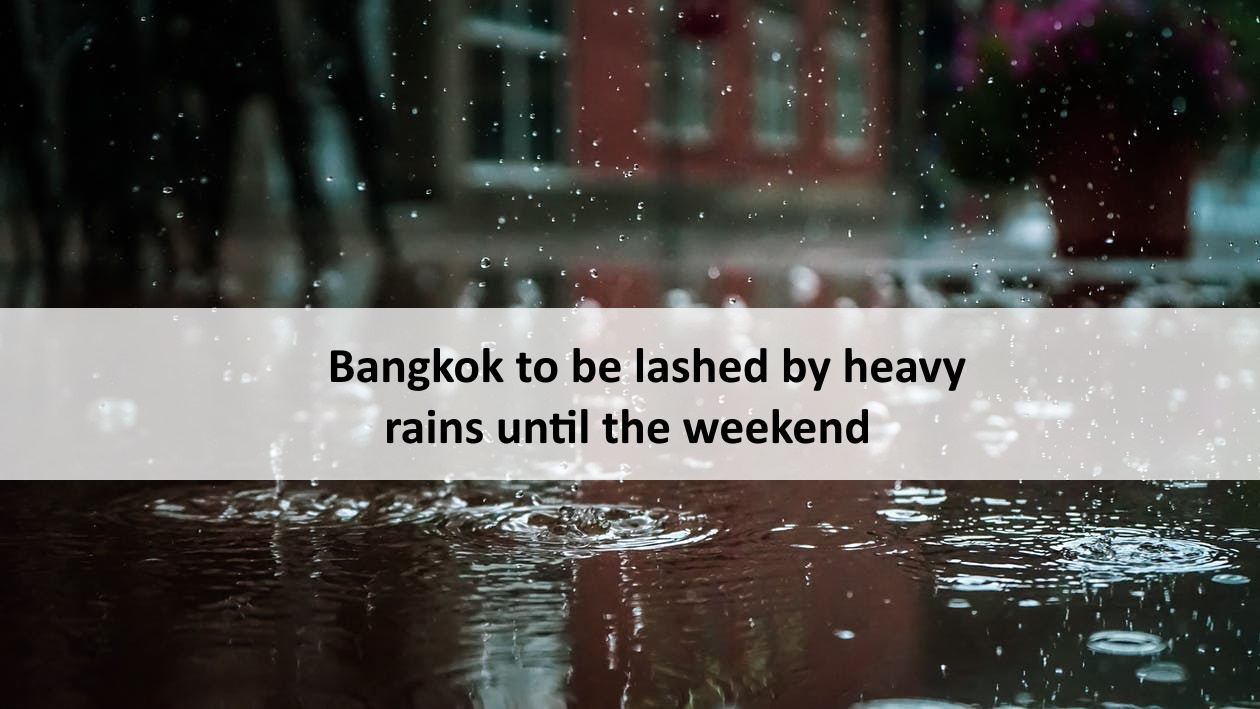 After a sustained heavy downpour lashed the city last night, flooding occurred in several areas and many commuters were inconvenienced, Bangkok residents are now being advised to expect heavy rain today (Thursday) through the weekend.

It is reported by the Meteorological Department that the increased precipitation is a result of a monsoon trough intensifying over the northern region and forming a low-pressure over the north-eastern region, combined with a moderate southwest monsoon over the Gulf of Thailand, the Andaman Sea, and the southern region.

It was impassable for cars and motorcycles for much of Sukhumvit Road last night. Several Bangkok roads were flooded last night as a result of heavy rain. There was a very heavy downpour yesterday that started around 8 pm and lasted for a few hours.

In the course of checking the water levels last night, the governor and his team drove around areas of Din Daeng, Huay Kwang, Ratchada, Asoke, and Sukhumvit.

There will be more heavy rain in Thailand until Sunday, July 24, according to the Department of Meteorological Department.