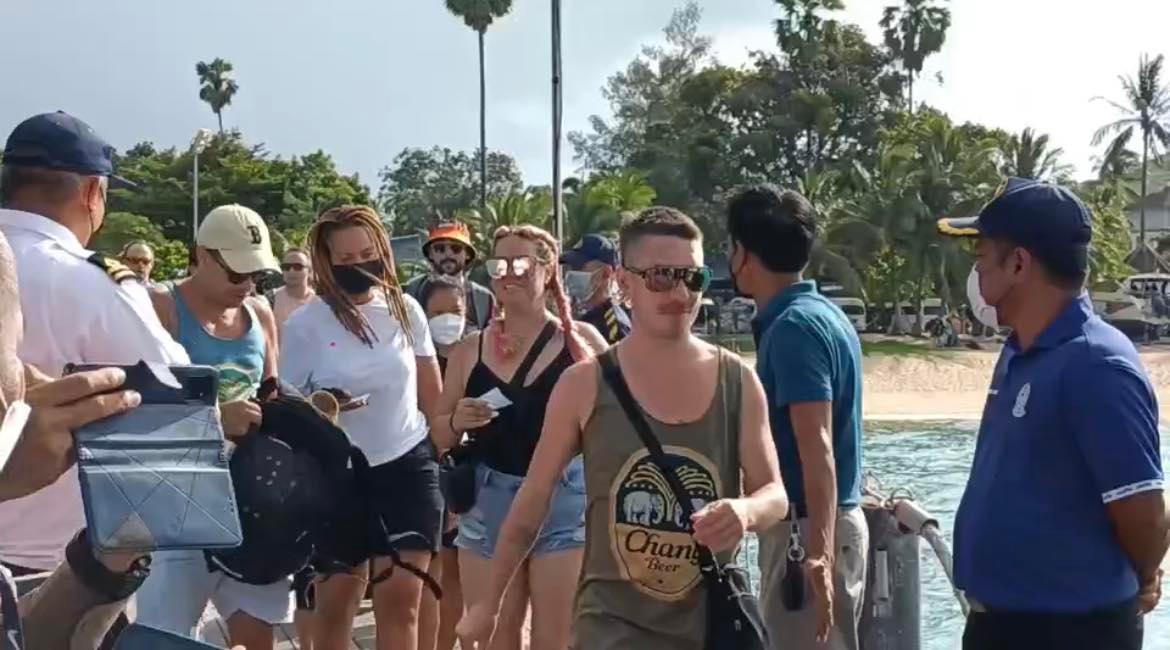 SURAT THANI: About 20,000 foreign and Thai tourists were on Koh Phangan for the Full Moon Party on Tuesday night.

About 15,000 departed from Koh Samui and the others from the mainland on ferry services.

About 50 million baht was expected to be injected into Koh Phangan on Tuesday night alone, he said.

Officials were instructed to strictly enforce health safety measures issued by the Centre for Covid-19 Situation Administration. Boat operators were told to ensure all passengers were wearing life jackets prior to departure.

Tawich Somwang, chairman of a business group at Hat Rin beach on Koh Phangan, said there were five checkpoints screening all arrivals for weapons and drugs before they entered the beach area.

There were also checkpoints manned by police and soldiers along the road from the boat pier to Hat Rin beach, to ensure tourists’ safety, he said.